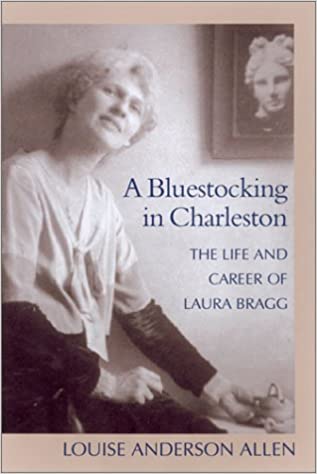 A Bluestocking in Charleston

The Life and Career of Laura Bragg

In early twentieth-century Charleston, Laura Bragg was called a woman ahead of her time, a fresh drink of water in a cultural desert—but never a "proper Southern lady." Bragg was a Massachusetts-born bluestocking, a New Woman of the Progressive Era who changed not only the cultural face of Charleston but also the nation's approach to museum education. In this biography of a most remarkable visionary, Louise Anderson Allen reveals how Bragg also achieved the objective of early feminists: full political, social, and economic equality on her own terms.

Highlighting Bragg's work with museums from 1909 to 1939, Allen examines the life and career of the first woman in the United States to lead a publicly supported museum—and the oldest such institution in the country—the Charleston Museum. Bragg used the facility to provide educational services to both black and white South Carolinians and broke new ground with her educational programs, including her revolutionary traveling exhibits, known as "Bragg boxes." Earning national recognition for such efforts, Bragg made lasting contributions locally.

Allen recounts how these achievements led Bragg back to her home state and specifically to Charleston in 1939, where she lived in relative isolation from the museum and art worlds she had so influenced for nearly forty years but remained influential in the city's intellectual life. Summing up a noteworthy career, Allen describes Bragg's efforts to mentor two generations of Charleston's literati and assesses her vitalization of the city's culture for close to seventy-five years.

Louise Anderson Allen, a tenth-generation South Carolinian, holds an Ed.D. from the University of South Carolina and received a post-doctoral fellowship from the Avery African American Research Center of the College of Charleston. A former teacher and school administrator in Charleston and a staff developer for schools across the Southeast, Allen is now an assistant professor of education at University of North Carolina-Charlotte. Her primary residence is in Charleston.

"In this thoroughly researched biography, Allen has restored this 'northern woman assimilated by the south' to history, but more importantly she has scratched the surface of complex gender and sexuality questions of the early 20th century."—Choice