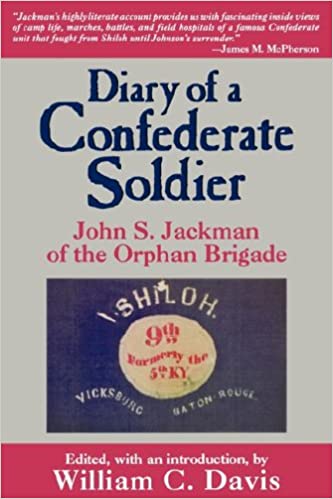 John S. Jackman's forthright depiction of life in the Confederate Army of Tennessee's 9th Kentucky Brigade is the longest, most informative, and most unvarnished account available of service in the Orphan Brigade, a regiment that participated in most of the major Western campaigns. An unusually articulate soldier, Jackman served as a regimental clerk, and from his privileged position he faithfully recorded his wartime impressions in a diary that is one of the few complete primary sources extant by an enlisted man in the Army of Tennessee.

William C. Davis is the author or editor of more than twenty books about the Civil War, including the six-volume photographic study The Image of the War, 1861–1865. He is also the author of a prize-winning biography of Jackman's commander, John C. Breckinridge, and of The Orphan Brigade, a history of his command.