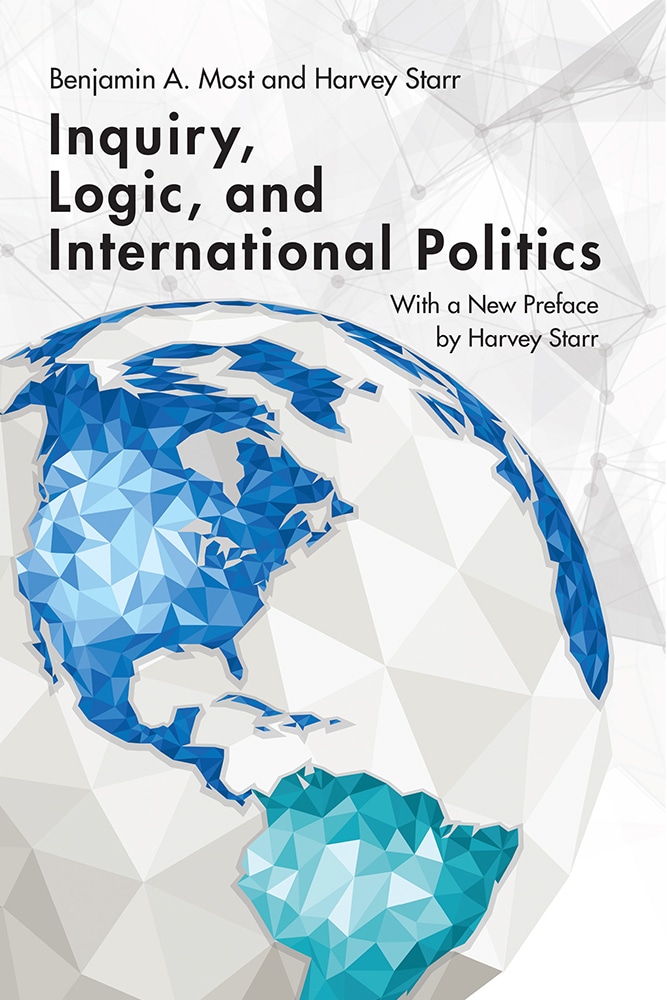 Through the use of logic, simulation, and empirical data, Benjamin A. Most and Harvey Starr develop and demonstrate a nuanced and more appropriate conceptualization of explanation in international relations and foreign policy in Inquiry, Logic, and International Politics. They demonstrate that a concern with the logical underpinnings of research raises a series of theoretical, conceptual, and epistemological issues that must be addressed if theory and research design are to meet the challenges of cumulation in the study of international relations (or any area of social science). The authors argue for understanding the critical, yet subtle, interplay of the elements with a research triad composed of theory, logic, and method.

Benjamin A. Most was an associate professor of political science at the University of Iowa at the time of his death in 1986. After receiving his doctorate from Indiana University, he taught at Brown University before moving to Iowa. Most distinguished himself as an expert in the study of war and international conflict, methodology, and research design and published in the area of comparative public policy, focusing primarily on Latin America. His work was presented in numerous articles appearing in the leading journals of the field.