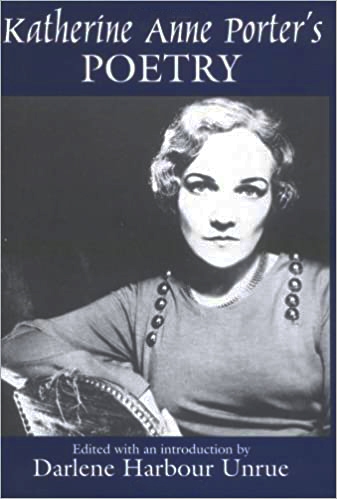 Katherine Anne Porter's Poetry makes available for the first time the complete poetic canon of one of America's most-celebrated writers. Revered for her award-winning short stories, Porter published just thirty-two poems and poetry translations, although she composed—and subsequently destroyed—hundreds. From fragmentary notes and letters found among Porter's papers, Darlene Harbour Unrue has recovered and edited eighteen unpublished poems. It is a significant addition to the Porter canon, the newly found poems join Porter's published verse, including the entire text of the now-rare Katherine Anne Porter's French Song-Book, to create a unique commentary on the writer's life and work.

Interspersed with photographs of Porter, the volume includes a substantial critical and biographical essay in which Unrue explains the significance of the poems and describes the relationship between Porter's poetry and fiction.

Porter's pleasant, original lyrics and translations serve as an index to the stages of her intellectual development and, in some cases, an intermediate phase in her creative process. According to Unrue, the value of the poems lies in their service as emblems for the crucial experiences of Porter's life and for the subjects, forms, themes, images, and symbols of her exquisitely wrought fiction.

"Any creative writer of merit depends, whether acknowledging it or not, on a spirit that underlies and makes possible everything that will last: that of the poet. In novels and short stories as well as in poetry itself this quality flashes out unexpectedly and blindsides the reader with its brilliant aptness. Such moments are frequent in Katherine Anne Porter's work, and if one wishes a concentration of them, this book is exciting testimony. A great service to literature is herewith provided."—James Dickey

"What a treasure this book is, and what a surprise it will be to most readers: But no surprise to those of us who knew Katherine Anne Porter and were familiar with her passion for poetry and her predilection for the lyric. Unrue has done a superb job of presenting the poems, more than half of them unpublished, and positioning them with reference to the stories, but she makes too modest a claim for their enduring value. They have a lyric strength and freshness that is extremely rare, and Katherine Anne Porter's French Song-Book, which is reprinted in its entirety, is a little masterpiece of translation."—William Jay Smith

"This definitive edition of the poems, with Unrue's scholarly notes and incisive critical commentary, is also an invaluable resource for all future study of Porter's prose fiction."—John Edward Hardy