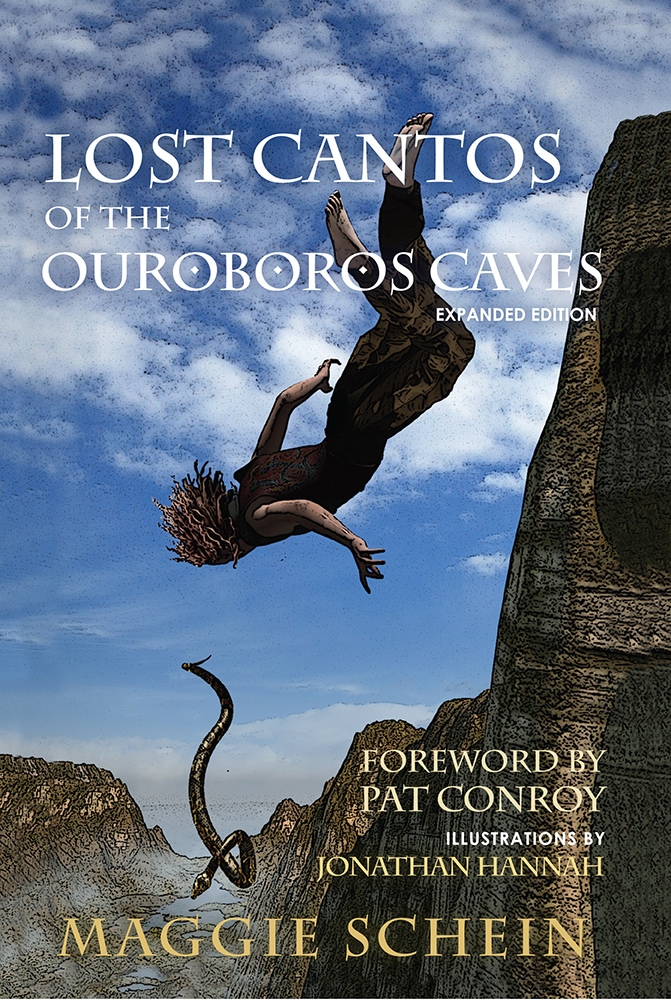 Lost Cantos of the Ouroboros Caves

An enticing collection of tales told in the fabulist and metafiction traditions, Lost Cantos of the Ouroboros Caves embraces a cyclical movement of renewal, like the ancient ouroboros motif itself, in which artfully rendered answers always give rise to perplexing new questions. Maggie Schein's stories introduce medicine men, monks, immortals, witches, seekers, and souls in various stages of their cycles in and out of lived life, as well as the occasional talking animal, all searching for meaning and for connections to one another through storytelling. Each fable is a meditation on love, death, growth, pain, identity, self, spirit, cruelty, beauty, and the natural order, as seen from the perspectives of the primal, the celestial, or the spiritual. Rooted in the archetypes of mythology and philosophy, Schein's lost cantos are stories about the events that make up our lives and our deaths. She makes deft use of familiar forms and universal symbols to explore anew through narrative those questions and experiences that have always vexed us about our confounding existence and the speculative possibilities that abound within and beyond the moral coil. Schein's tales ask us to reconsider what it means to live and to die, to be simultaneously a creature of magic and the mundane, of the extraordinary and the all-too-ordinary. The result is a delicate but potent collection of alluring fables for the modern reader, recalling classical stories and myths of days long past and asking once more the questions that continue to haunt us.

This expanded edition adds three new fables not included in the original edition as well as new illustrations for all eleven stories from artist Jonathan Hannah.

A native of Atlanta, and now a resident of the South Carolina lowcountry, Maggie Schein was raised on stories. Schein holds a Ph.D. in ethics from the University of Chicago's Committee on Social Thought. An admirer of Taoist and Buddhist texts, philosophies, and practices, as well as the works of naturalists and Native American storytellers, Schein brings a wealth of complementary and conflicting perspectives to her imaginative, lyrical fiction. She lives in Beaufort, South Carolina, with her motley menagerie of rescued animals and artist Jonathan Hannah.

Jonathan Hannah grew up in a 300-year-old colonial house in rural Connecticut. His artistic media span digital through pen and ink, and his preferred subject matters from the esoteric to the absurd.

"The title, Lost Cantos of the Ouroboros Caves: Expanded Edition, suggests music and poetry, and the exquisite sentences that comprise this collection of fables are as lyrical as any nineteenth century romantic poet. There is also much wisdom in Maggie Schein's stories, which are at once insightful and mystical and always filled with wonder."—Marjory Wentworth

"Maggie Schein's stories are both charming and alarming (the rhyme is unintentional, but the sentiment deeply felt.) The only comparable writer I can think of is my old flame and model Isak Dinesen. Each of Schein's tales has the taste of air charged with anticipation of an approaching storm. They are genuinely philosophical in a way which is very rare, frightening in a way far removed from scary, and, most impressively, they are often philosophically frightening—which is almost unheard of. I haven't read anything remotely like them in a long time."—Peter S. Beagle

"Maggie Schein has written a book that takes us back to the primal, at times almost preconscious, beginnings of story, yet within her narratives we encounter the core of concerns that even now define our humanity. Lost Cantos of the Ouroboros Caves is a delight."—Ron Rash

"Maggie Schein is a writer who wears her love of language on her sleeve. Her fables, told in dancing, almost musical prose, unveil myths that seem drawn from a time long before history began. Find a quiet place, sit back, and prepare to be dazzled."—John Grant, Hugo and World Fantasy Award-winning joint editor of The Encyclopedia of Fantasy