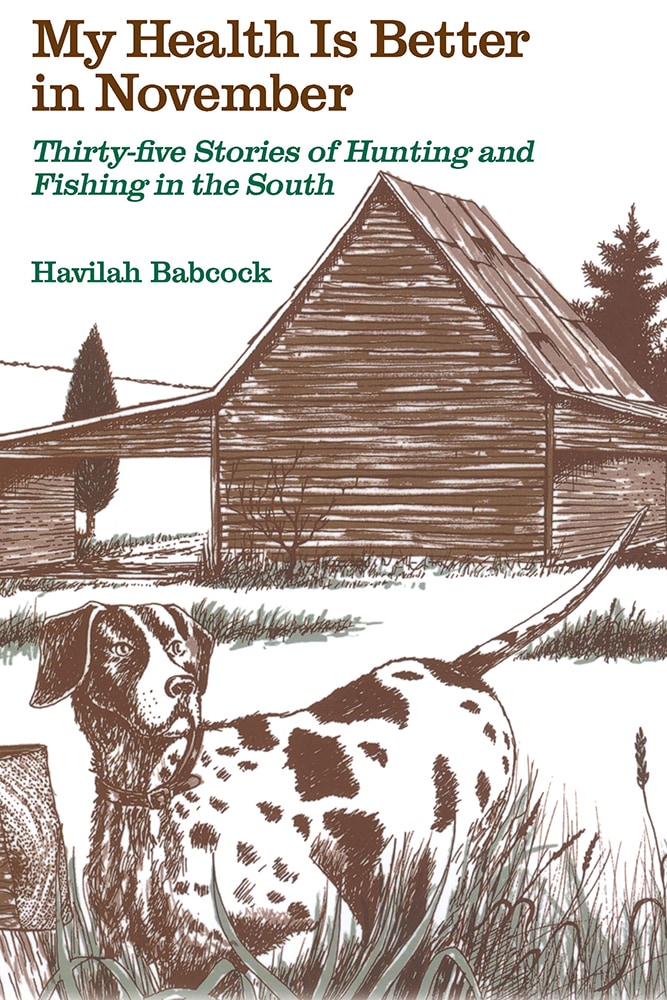 My Health Is Better in November

Thirty-five Stories of Hunting and Fishing in the South

During the early part of the twentieth century, Havilah Babcock hunted and wrote these and many other delightful sporting essays. In those years bird hunting was a social activity as well as a field sport. My Health Is Better in November, first published by the University of South Carolina Press in 1947, has remained popular primarily because Bobcock's stories describe the camaraderie of the hunt, bringing it to life. Readers can imagine themselves in the field, watching the dogs on point near an overgrown fence row. In recent decades hunting has become a more solitary pursuit, leaving many longing for the good old days. In these pages you will find that lost fellowship along with a bit of humor that will delight and amuse even those who have never shouldered a gun or cast a fly.

Havilah Babcock (1898–1964) was chair of the English Department at the University of South Carolina for many years. An avid hunter and fisherman, Babcock's other books include Tales of Quails 'n Such.