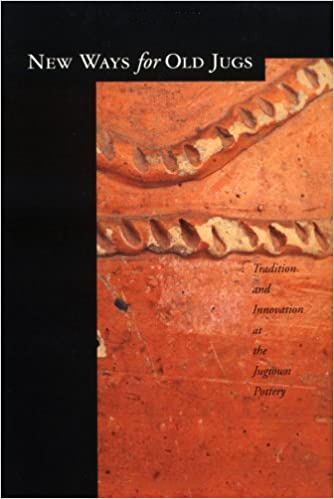 Tradition and Innovation at the Jugtown Pottery

A valuable overview of Jugtown's legacy and continuing cultural contribution

New Ways for Old Jugs relies on the voices of pottery makers and pottery patrons to tell the human and artistic drama of the Jugtown Pottery. Founded in 1921, the pottery achieved wide renown and has often been credited—and discredited—with rescuing the centuries-old pottery tradition of Moore County, North Carolina.

This handsome catalog features vivid images of the earthenware, its makers, and its collectors as well as the personal stories of people who have been associated with the seventy-year old enterprise. Together the photos and words reveal Jugtown's often controversial heritage, including its central role in the making, marketing, and collecting of Southern Craft.


Douglas DeNatale is director of traditional arts at the New England Foundation for the Arts in Cambridge, Massachusetts.

Jane Przybysz is curator or research and folklife at McKissick Museum, University of South Carolina.

Jill R. Severn is a master's candidate in history at the University of Georgia.