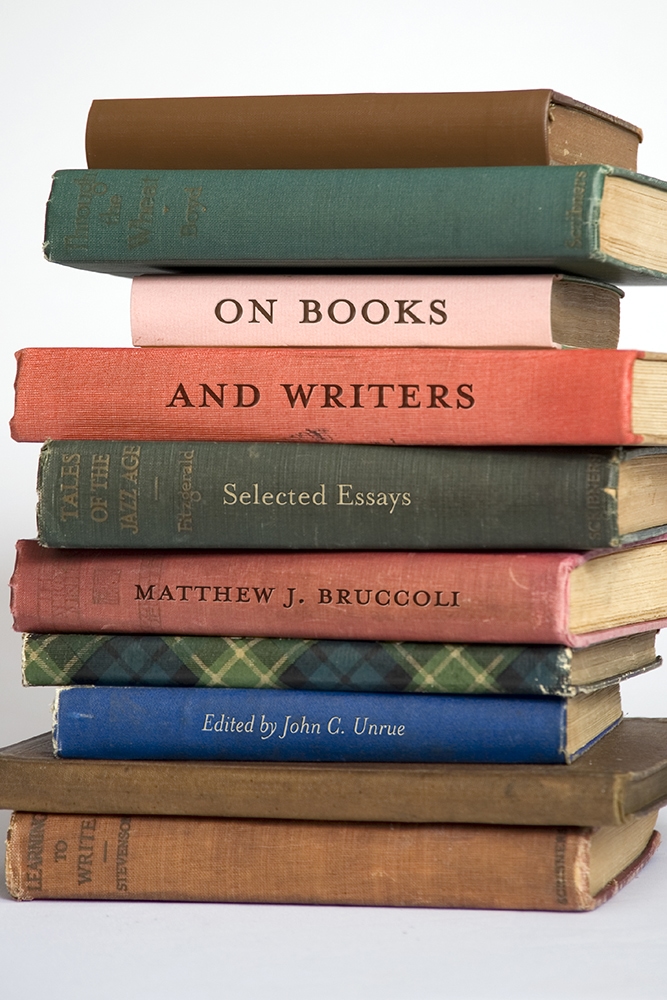 On Books and Writers

As a writer, scholar, critic, teacher, bibliophile, and publisher, Matthew J. Bruccoli had immeasurable impact on American literary scholarship and history over the past half century. In his more than one hundred published books, Bruccoli demonstrated a rare model of scholarship based on tenacious research, passionate intensity, and encyclopedic knowledge of his subjects. He brought this same spirited mode of inquiry to his essays as well. On Books and Writers brings together thirty of Bruccoli's best short pieces from journals, anthologies, and other publications to illustrate in a single volume the remarkable range and enduring contributions of this accomplished man of letters.

The collection begins with six essays on F. Scott Fitzgerald—an ideal starting point considering Bruccoli's status as the author's foremost scholar, collector, and advocate. From there the volume proceeds through thoughtfully organized sections on Bruccoli's other great interests: bibliography, publishing and publishers, bookmen, libraries and librarians, and a host of writers including Thomas Wolfe, Ernest Hemingway, John O'Hara, and Raymond Chandler. Each piece resonates with the commanding wisdom, companionable wit, and cordial prose of its author. The book concludes with a comprehensive bibliography of Bruccoli's publications.

Edited by John C. Unrue, Bruccoli's friend for some forty years, this collection takes readers inside the profession of literature in which Bruccoli held such great sway.

Matthew J. Bruccoli (1931–2008) was the Emily Brown Jefferies Distinguished Professor Emeritus of English at the University of South Carolina and the leading authority on the House of Scribner and its authors. He was the editorial director of the Dictionary of Literary Biography and the author or editor of more than one hundred books, including Some Sort of Epic Grandeur: The Life of F. Scott Fitzgerald; The Sons of Maxwell Perkins: Letters of F. Scott Fitzgerald, Ernest Hemingway, Thomas Wolfe, and Their Editor; and Hemingway and the Mechanism of Fame: Statements, Public Letters, Introductions, Forewords, Prefaces, Blurbs, Reviews, and Endorsements.

John C. Unrue is a professor of English at the University of Nevada, Las Vegas, where he previously served as a senior vice president and provost. He is the author of J. D. Salinger, the Literary Masterpiece series volume on Salinger's The Catcher in the Rye, and many articles on contemporary American authors.

"This stellar collection is quintessential Bruccoli. His diverse interest, renowned scholarship and famously brusque wit shine from every page."—John Jakes

"This essay collection—the first to draw from Matthew Bruccoli's wide range of essays on American letters, bibliography, and publishing—shows the many facets of his deep learning. In John C. Unrue's choices and in his introduction, the process of recognizing Bruccoli's contributions to American literary study is well begun."—Linda Wagner-Martin

"Congratulations to John Unrue for bringing together essays on various topics by one of the most distinguished literary scholars of his generation. Matthew J. Bruccoli's comments on books, publishing, libraries, and, especially, F. Scott Fitzgerald, represent a catholicity of knowledge and experience that few now possess, and others have rarely matched."—Joel Myerson