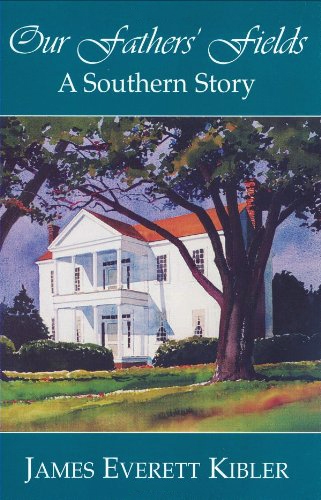 When James Everett Kibler purchased a dilapidated South Carolina plantation in 1989, he had no idea that his rehabilitation of the distinguished but deteriorated property would include the unearthing of an incredible tale of the land and the people who had lived on it. But as he refurbished the Great House and restored its nineteenth-century garden, he felt the pull of the place to uncover and record its past. Kibler faithfully took part in an act of cultural reclamation, piecing together the story of the Hardy family, who purchased the tract along the Tyger River in 1786 and farmed it for two centuries. Part epic, part history, part memoir, the resulting tale is a comprehensive, ambitious, and eminently readable chronicle that spans six generations of a family.

Compared by critics to the writings of Wendell Berry and James Agee, this richly detailed narrative brings to life such unforgettable characters as Squire William and his wife Catherine, the plantation's master and mistress during the turbulent Civil War era; their son Captain Dick, a Confederate soldier who served five terms in the state legislature; and their irascible grandson Frank, who labored desperately to keep the farm operating in the new century. Our Fathers' Fields offers an especially vivid portrayal of the antebellum South, a compelling collection of Civil War letters, and a poignant account of life after the war.

Interwoven with these absorbing life stories is the close examination of a plantation that grew from 204 to 2,035 acres and became one of the most valuable farms in the South. Kibler explores the natural history of the place, including its sophisticated formal gardens and its once staggering array of animals and native plants-many of which have all but vanished from Southern soil. Recounting his own efforts to recapture the plantation's former glory and the rewards of a life lived close to the land, Kibler concludes that only by knowing a place truly well—its past and its present—can we guard against its abuse.


James Everett Kibler is a scholar, teacher, and poet who lives in the subject of this volume—a plantation in Newberry County, South Carolina, the county of his birth. On this property he is restoring the old garden and repairing badly damaged forests by reintroducing native flora. A student of Southern literature, he has written or edited eleven volumes and more than a hundred essays, speeches, and book reviews on subjects ranging from Southern gardens, antebellum plants, agriculture, and nature to Southern art, folklore, and architecture. Kibler's most recent work is a cycle of tales, also set on the Tyger River, entitled Still River, Gentle Wind: Stories of Place.

"This 200-year history of a South Carolina plantation family-seen from the inside, so to speak, in letters and ledgers and the comments of descendants—brings us home to who we are by showing us where we came from. Kibler has researched and presented an overall account that resonates for all of us in the very core of our being."—Shelby Foote

"A superb book. It is nothing short of a tour de force It is charmingly written, astoundingly rich in detail, and absolutely fascinating reading. It reminds me, at various times, of Ben Robertson's Red Hills and Cotton, W. A. Percy's Lanterns on the Levee, some of James McBride Dabbs' autobiographical works, James Agee's Let Us Now Praise Famous Men, and the best (that is to say, the least polemical) essays in I'll Take My Stand. I enjoyed it immensely."—Publishers Weekly

"Vivid reconstructions of farming practices, domestic tasks, and what the Civil War did to antebellum life give context to meticulously researched details about specific topics, ranging from the plasterwork found inside the house to the plants in the formal gardens outside. Overarching the factual material are the stories of the family members, who are brought vividly to life here."—Brad Hooper, Booklist