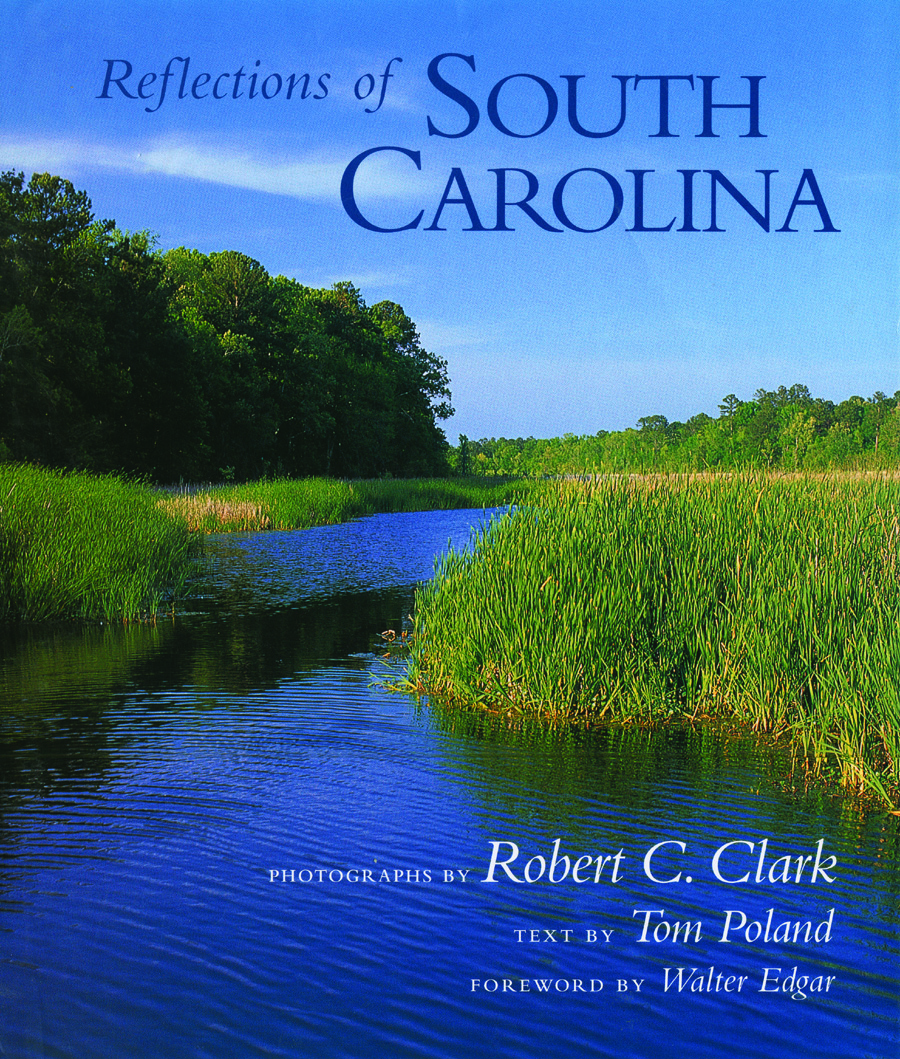 Truly a book that will captivate newcomers and renew the appreciation of longtime residents, this breathtaking photographic exploration showcases the fullness of the state's regional diversity, natural beauty, and human creativity. Two hundred color photographs record South Carolina's people and places, architecture and terrain, flora and fauna, past and progress. With a remarkable ability to capture the splendor and spirit of the land and its inhabitants, Robert C. Clark's photographs and Tom Poland's text craft a work of artistry and magnificence. A foreword by South Carolina historian Walter Edgar complements the photographs.

From the forests and white-water rivers of the mountains to the cypress swamps of the coastal plain, South Carolina's natural wonders shine forth. The state's diverse geography and wealth of rivers, lakes, streams, and marshes are depicted along with such sights as an early Upstate snowfall, vibrantly colored wildflowers, a live oak tunnel near Edisto Island, and cypress needles on a Carolina bay.

South Carolina artisans and performers are featured, as are cityscapes, the technological achievements of the state's industries, and its numerous recreational opportunities. The volume includes historic landmarks such as the State House, Midleton Place, Wilcox Inn, and the slave tenement at the Aiken-Rhett House, and less prominent structures—gristmills, farmhouses, general stores, and the state's last covered bridge. The photographs show people enjoying music and cultural events; re-creating the Revolutionary and Civil War; casting, crabbing, and shrimping along the coast; and hot air ballooning.


Robert C. Clark a native of Charlotte, North Carolina, has photographed South Carolina for the past eighteen years. His work has appeared in National Geographic books, Newsweek, Smithsonian, and numerous other publications throughout the U.S. He collaborated on two previous books with Tom Poland—South Carolina: A Timeless Journey and South Carolina: The Natural Heritage. Clark lives in Columbia.

Tom Poland is the editor of PMSC Today for Policy Management Systems Corporation. He has taught creative writing and is published widely in national and regional magazines. Poland lives in Columbia.

"Some of the lyrical photographs rival old master oils."—Southern Living

"There's a reason you've seen Robert C. Clark's photographs in the pages of National Geographic books, a reason you remember them long after you've turned the page."—Cincinnati Enquirer

"Clark's work captures more than the look of a place; it communicates the mood."—Chicago Tribune

"Crafting the handsome new book, Reflections of South Carolina, was a breeze for authors Robert Clark and Tom Poland. The hard part came early when decisions were made regarding images to be used with the 187 pages. The number of striking photographs made the authors' toughest task the narrowing of choices to only 200."—The Columbia Star

"If you want to show someone what your state is like, get a copy of Reflections and take it with you when you travel. People will come to understand why you live here."—Charleston Post and Courier

". . . is an endeavor capturing a view that is at once static and full of movement."—Carolina Arts