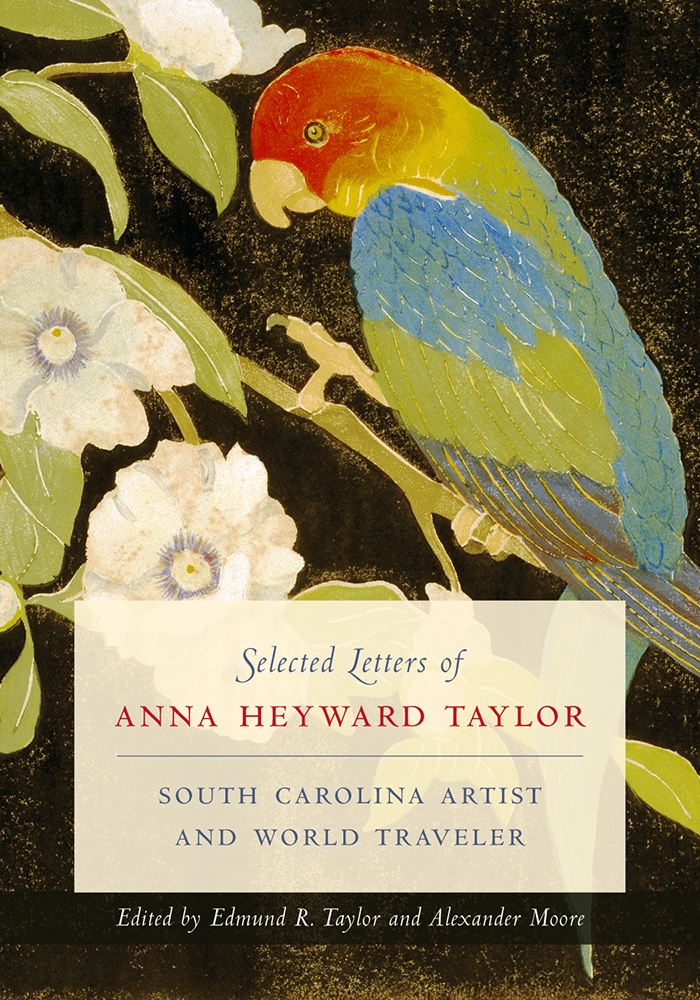 Heavily illustrated with representative color and black-and-white artwork, the selected correspondence of Anna Heyward Taylor (1879-1956) captures the globe-trotting adventures of an intrepid South Carolina artist and a guiding spirit of the Charleston Renaissance. These letters and articles frame her intriguing life against the changing events of twentieth-century American art history and global events to illustrate how this acclaimed South Carolina original came to view and be viewed by the world.

The highly skilled artworks of Anna Heyward Taylor—especially her celebrated woodblock prints and watercolors—are well known to students and collectors of southern art. However, Taylor was also a dedicated letter writer and persistent student of art. This first publication of Taylor's letters provides a new dimension to the artist's life and works. A native of Columbia, South Carolina, Taylor received professional art training from William Merritt Chase in New York and B. J. O. Nordfeldt in New England. In Japan she studied the works of the classical printmakers and developed an appreciation of textile arts.

Drawn to roam abroad, Taylor traveled to the Far East before World War I, served in the American Red Cross in wartime France and Germany, and visited Europe both before and after the Great War. She also made lengthy excursions to British Guiana, the Virgin Islands, and Mexico to study and create colorful works of art in several media: watercolors, woodblock prints, and textiles. Between the wars and amid her travels, Taylor worked and studied at the renowned artists' colony in Provincetown, Massachusetts. In 1929 she settled in Charleston and became one of the key participants in the Charleston Renaissance. In the mid-1930s, Taylor spent time at an artists' colony in Taxco, Mexico, fully immersed in the bohemian life among the artists, which she keenly describes with an anthropologist's eye.

The accompanying illustrations and photographs add a visual element to the remarkable story of this versatile artist. The introduction and extensive annotations by southern historian Alexander Moore establish a broader place for Taylor in American art history and the intellectual life of the twentieth century.

Alexander Moore is a historian of colonial South Carolina, documentary editor, and student of southern art history. The former director of the South Carolina Historical Society, Moore is an acquisitions editor at the University of South Carolina Press and the author or editor of several works on southern history.

"Anna Heyward Taylor has a special place at the Columbia Museum of Art, where our collection is home to more than thirty of her works, including watercolors, prints, and drawings. With close ties to the artist's family for more than six decades, the Museum celebrates the publication of this monumental volume of letters highlighting the spirit and talents of this remarkable woman. Taylor certainly was of independent mind, and her worldly travels and South Carolina roots infused her celebrated work with deeply felt convictions, an embrace of color, and a love of nature. The correspondence and illustrations collected here, coupled with the editors' introduction and annotations, bring Taylor's work and world vibrantly to life for her aficionados and those being introduced to her here for the first tim"—Karen Brosius, executive director, Columbia Museum of Art

"We have known Anna Heyward Taylor by her block prints and watercolors, all practiced observations of life in our Lowcountry. Since the Charleston Renaissance, these pieces have presented themselves as singles and small collections found about America and, in recent years, are thankfully finding their way back to her native South Carolina. With the publication of the handsome volume at hand, now we will know the artist through her letters as well, words dropped as hints in our understanding of her, of the circle of artists in which she shown so brightly, and indeed of those very creations which first called us to her."—Robert M. Hicklin, Jr., member and manager, Charleston Renaissance Gallery

"Admirably researched and edited, this compilation of letters allows readers to join Taylor on her artistic journey. Beginning under the tutelage of William Merritt Chase in Holland, Taylor's sojourns to Europe, the Orient, South America, and Mexico are carefully recorded in letters addressed to close family members and fellow American artists. The rich commentary provides valuable insights into her artistic development, her circle of friends and influences, as well as her feelings towards the new and unfamiliar cultures she encounters."—Angela D. Mack, executive director and chief curator, Gibbes Museum of Art