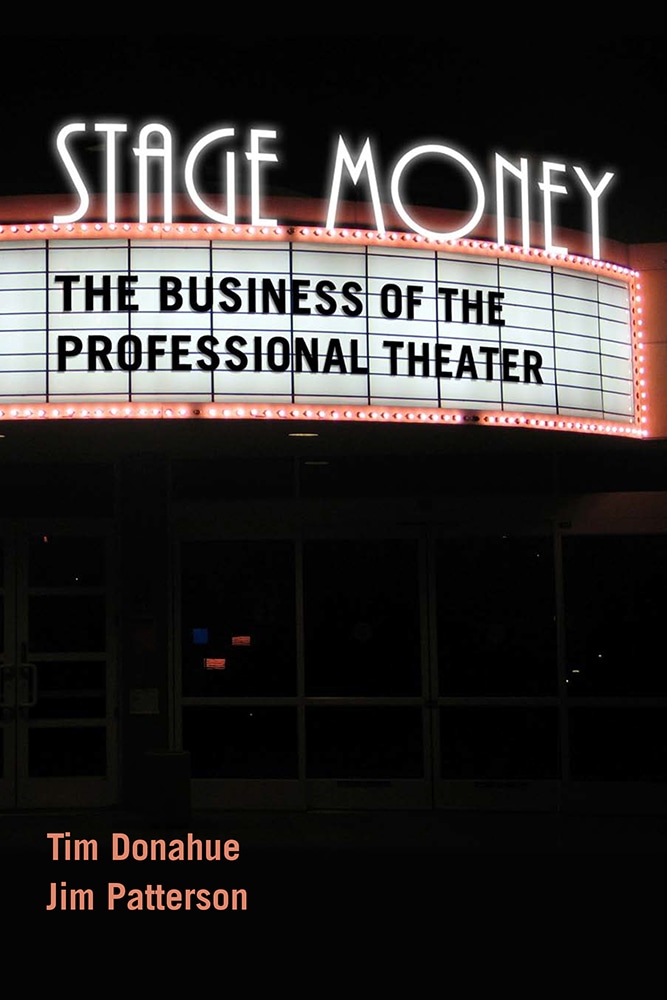 The Business of the Professional Theater

Stage Money is a groundbreaking guide to understanding professional theater finances today through the use of the tools and metaphors of the business world at large. This approach results in a comprehensive picture of the economic realities of theater production that is radically different from the assessments typically espoused elsewhere. Tim Donahue and Jim Patterson combine their experiences in the financial and creative aspects of theater production to present in straightforward prose their keen insights into the micro- and macro-economic aspects of the commercial stage. Tangible data, charts, and graphs are counterbalanced with illuminating "intermissions" between chapters and interspersed sidebars throughout to provide specific examples of key concepts, collectively presenting an expansive overview of the contemporary theater business. Stage Money is an unparalleled tool for theater professionals and enthusiasts interested in garnering a better understanding of the business's inner workings at present and its challenges for the future.

Among the topics addressed in Stage Money are the risks and returns on Broadway in the early twenty-first century, the financial organization of theater performances today, and comparisons between the business models of commercial theater and not-for-profit theater. In concise language and clear examples, the authors explain where the money comes from and where it goes.

Tim Donahue holds an M.B.A. from the University of South Carolina, where he recently retired from the Department of Theatre and Dance as the director of marketing and development after nearly ten years.

Jim Patterson is the author of Stage Directing and the coauthor of Theatre in the Secondary School Classroom and the seventh and eighth editions of The Enjoyment of Theatre. Patterson retired as a Distinguished Professor of Theatre from the University of South Carolina. A member of the Stage Directors and Choreographers Society, he has earned numerous awards for his work as a director and educator.

"The authors of Stage Money illuminate current business models with breathtaking thoroughness and ground their observations in anecdotal evidence as well as facts and figures of budgeting, tax codes, union contracts, ticket pricing, and marketing and publicity concerns. In setting these calculations in the recognizable context of creative and cultural aspects of American theater, rich snapshots emerge of early-twenty-first-century Broadway and the regional stage."—James Fisher, professor, Department of Theatre, University of North Carolina at Greensboro

"Stage Money offers a concise yet deftly drawn introduction to producing professional theater in America. The authors skillfully portray the critical relationship between the commercial and not-for-profit sectors and offer accessible explanations of the often-convoluted financial and artistic machinations that result in a theatrical production. They wisely situate the world of producing in the larger landscape of doing business in America, and the result is an eminently readable and intelligently written addition to the literature"—Steven Adler, author of On Broadway: Art and Commerce on the Great White Way