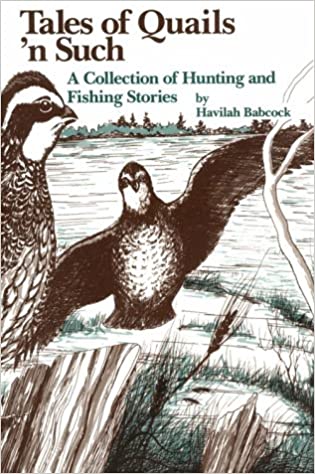 Tales of Quails 'n Such

A Collection of Hunting and Fishing Stories

According to the author, the twenty-six stories collected in Tales of Quails 'n Such are "lazy, losse-fingered and rambling accounts of my jaunts afoot. There is not one well organized and plotted tale among them. I suppose I ought to apologize for their formlessness, but that would be apologizing for deficiencies in my own character. A hunting or fishing trip is not by nature a closely planned and scheduled affair. You never know what is going to happen outdoors, for nature is more surprising than a woman."

The University of South Carolina Press is proud to republish these stories. The tales were first collected in 1951 and there is a timelessness about them. They are for people who revel in simple things—a bevy of quail scudding over tawny broom sedge; a staunch dog silhouetted against the setting sun; a night's untroubled sleep; the soft swish of a paddle at sunrise; a cooling drink from a sequestered spring at noon-tide.

The late Havilah Babcock was chair of the English department at the University of South Carolina for many years, but, by his own admission, teaching interfered with his hunting and fishing only on occasion. Babcock's other books include My Health is Better in November.