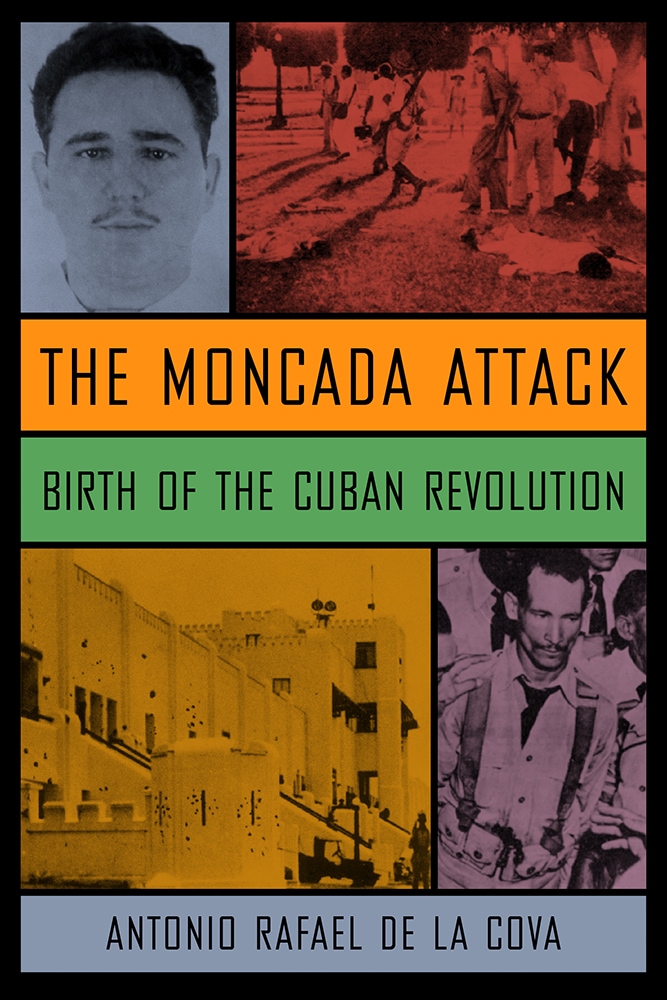 Birth of the Cuban Revolution

No account of Fidel Castro's rise to power is complete without mention of the failed attacks of July 26, 1953, on the Cuban army garrisons at Moncada and Bayamo. Yet no single volume to date has offered a comprehensive assessment of the assault that set the Cuban Revolution into motion and for which the 26 of July Movement was named. In this thorough study, Antonio Rafael de la Cova views this initial overthrow attempt as a propaganda victory that marked the start of Castro's ascent to national power. Drawing from three decades of interviews with more than one hundred participants—including surviving rebels, military and government personnel, and politicians—de la Cova screens historical facts from popular fictions to build an accurate account of this turning point in Cuban history and the cold war.

In July of 1953, aided by his brother Raúl, Fidel Castro led 160 sparsely armed and poorly trained followers in simultaneous assaults on two Cuban army posts, declaring as his goal the restoration of constitutional democracy on the island. Skirmishes lasted only minutes on both fronts as the insurgents failed to take the garrisons and were killed, captured, or dispersed without contingency plans. A master of manipulation, Castro was later able to recast this humiliating military defeat as a political victory when Major General Fulgencio Batista's troops summarily executed more than fifty rebel prisoners, garnering the ire of the people.

De la Cova chronicles the assaults and their aftermath as they happened, with a special focus on countering false statements later made by Castro at his subsequent trial and in his published defense speech History Will Absolve Me—a required text for Cuban schoolchildren to this day. Through research and interviews, de la Cova brings to light the persistent falsehoods told of atrocities committed by Batista's soldiers and Castro's rebels. He proves that Castro invented a legend of prisoner torture, mutilation, and dismemberment and that likewise Batista falsified the historical record of the attack. The myths surrounding the assault provided superb fodder for building support for the successful guerrilla campaign that brought Castro to power in 1959. Assessing the impact of this mythology, the divided loyalties of the Cuban soldiers, and U.S. policy toward Cuba in the 1950s, de la Cova presents a detailed and candid survey of the lasting importance of the Moncada attack and its place in history as the birth of the Cuban revolution.

A native of Havana, Antonio Rafael de la Cova is an assistant professor of Latino studies at Indiana University, Bloomington. He holds a Ph.D. in history from West Virginia University and is the author of Cuban Confederate Colonel: The Life of Ambrosio José Gonzales.

"Though the Cuban civil war of the late 1950s has been well-documented, not as widely known outside of Cuba is an attack made in July 1953 by a band of rebels led by Fidel Castro against the large Moncada barracks. Though the attack failed, it signaled the emergence of Castro on the national scene. Minute by minute, step by step, Antonio de la Cova has traced the background and action of these events. The result of three decades of in-depth research, delving through primary documents, and interviewing survivors, The Moncada Attack is a tour de force and places de la Cova in the front ranks of historians writing about Cuba."—Jay Mallin, Sr., author of Covering Castro: Rise and Decline of Cuba's Communist Dictator

"From the beginning of the Cuban Republic on May 20, 1902, there had never been as bloody and tragic a day in Cuban history as July 26, 1953 when Fidel Castro sought to make a name for himself with an armed attack on the Moncada garrison in Santiago de Cuba. Antonio de la Cova's book constitutes the most thorough and serious historical account ever written of that infamous episode in Cuban history."—U.S. Congressman Lincoln Diaz-Balart, Florida's Twenty-First District

"Few topics remain as shrouded in humbug as the Cuban Revolution. A barrier of strict taboos has hindered researchers in this field, but de la Cova—to the immense benefit of anyone interested in facts—crosses that barrier and thus debunks the most cherished tenets of Castro apologia. In this book we see Fidel Castro as a shrewd megalomaniac with little regard for human life and with a clear plan for Cuba. De la Cova has a fanatical penchant for ascertaining facts. The result is this fascinating and groundbreaking book, surely a landmark in Cuba scholarship."—Humberto Fontova, author of Fidel: Hollywood's Favorite Tyrant and Exposing The Real Che Guevara and The Useful Idiots Who Idolize Him

"Since the early 1950s, Castro's revolution has been a great source of myths, false or over-inflated statements, and political fairy tales. Finally, Antonio de la Cova gives us a well-documented book that demystifies the past and tells what really happened on that sad, legendary day of July 26, 1953, at the Moncada barracks."—Paquito D'Rivera, author of My Sax Life: A Memoir