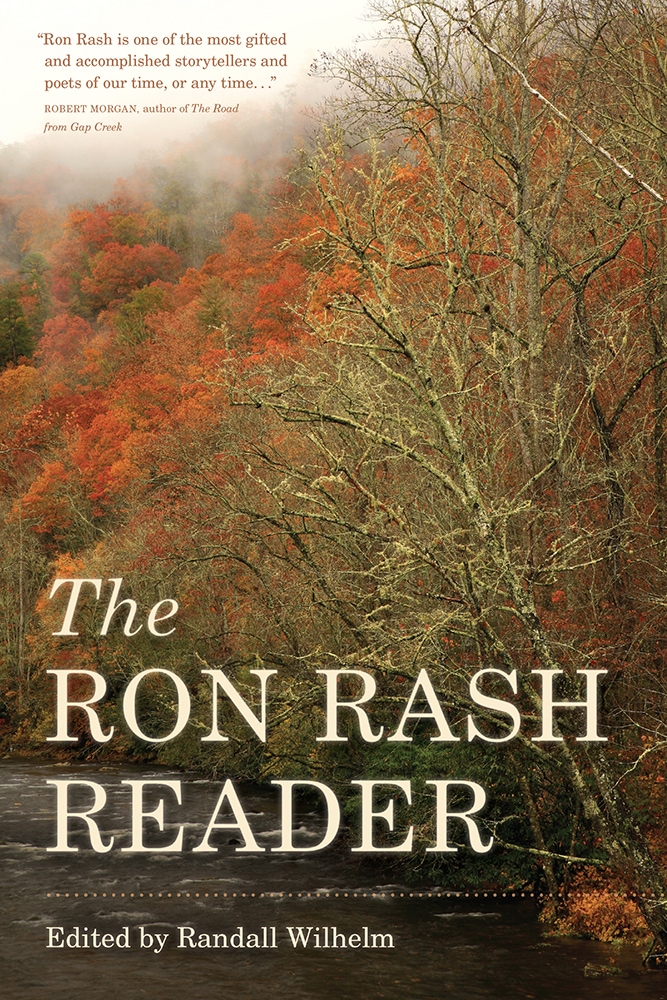 Over the last three decades, Ron Rash has emerged as one of the quintessential American writers of his generation. He has steadily gained critical and commercial recognition from his native Carolinas to an increasingly international audience. With four volumes of poetry, four short story collections, and five novels as evidence of his multifaceted talent, Rash has amassed an impressive list of accolades, including the O. Henry Prize, the Frank O'Connor International Short Story Award, the Sherwood Anderson Prize, the James Still Award of the Fellowship of Southern Writers, the Weatherford Award for best novel, and the Fiction Book of the Year Award from the Southern Book Critics Circle.

The Ron Rash Reader is a collection of essential works that covers the full range of Rash's career to date, from his first published collection of stories, The Night the New Jesus Fell to Earth and Other Stories from Cliffside, North Carolina (1994), to Nothing Gold Can Stay: Stories (2012) and includes previously unpublished material as well. Edited by Randall Wilhelm, this collection of more than sixty of Rash's writings demonstrates his remarkable breadth and vitality across genres—from short stories and verse to novel excerpts and nonfiction—comprising a best-of volume for new readers and established aficionados alike.

Arranged chronologically and by genre, the collection highlights the evolution of Rash's craftsmanship and of his major themes within each genre, revealing the rich tapestry of expanding interests transcending genres. Wilhelm's introduction offers a biographical and critical guide to Rash's work as well as insightful discussion of the writer's most crucial themes and techniques, including his use of traditional and nontraditional poetic and literary forms; of different narrative strategies, story forms, and character voices; and of landscape and historic settings. Readers can see for themselves in one volume how Rash continuously returns to his deepest concerns for greater and greater effect, concerns that begin with his early poetry and stories and persist into his most recent works.

". . . The Ron Rash Reader is a treasure trove, the perfect place to start for first readers but also a fascinating and illuminating overview."—Mississippi Quarterly

"Ron Rash is one of the most gifted and accomplished storytellers and poets of our time, or any time. It is a special pleasure to welcome this new collection which gives some sense of the scale, depth, and range of his talent and achievement. Let us celebrate this exciting occasion."—Robert Morgan, author of The Road From Gap Creek

"The Ron Rash Reader will prove a valuable resource for a large audience, and Dr. Wilhelm is a skilled guide to the best of Mr. Rash's work."—John Lang, author of Understanding Ron Rash and Six Poets from the Mountain South

"Ron Rash may well be Appalachia's greatest living writer, and is better than most all the dead ones too."—Casey Clabough, author of Inhabiting Contemporary Southern and Appalachian Literature and The Warrior's Path: Reflections Along an Ancient Route

"The finest place-based writing always identifies and articulates mysterious universalities lurking within closely observed quotidian worlds. As this exciting collection of his diverse work illustrates, Ron Rash does not simply describe or document a beloved if at times beleaguered place (a section of Southern Appalachia). Rash also evokes, revivifies, and universalizes that place through his keen sense of craft and through the transformational power of his imagination."—Ted Olson, author of Blue Ridge Folklife, Breathing in Darkness: Poems and Revelations: Poems

"The Ron Rash Reader, edited by Randall Wilhelm, provides an excellent opportunity to explore the full range of [Rash's] work to date. . . .Wilhelm's extensive introduction illuminates Rash's themes, talks about his background, discusses his particular settings and the reasons he rarely strays far from his territory, and helps readers to see clearly how the collection demonstrates Rash's deep love of Appalachia, its culture, history, and uncertain future."—Gina Webb, Atlanta Journal-Constitution