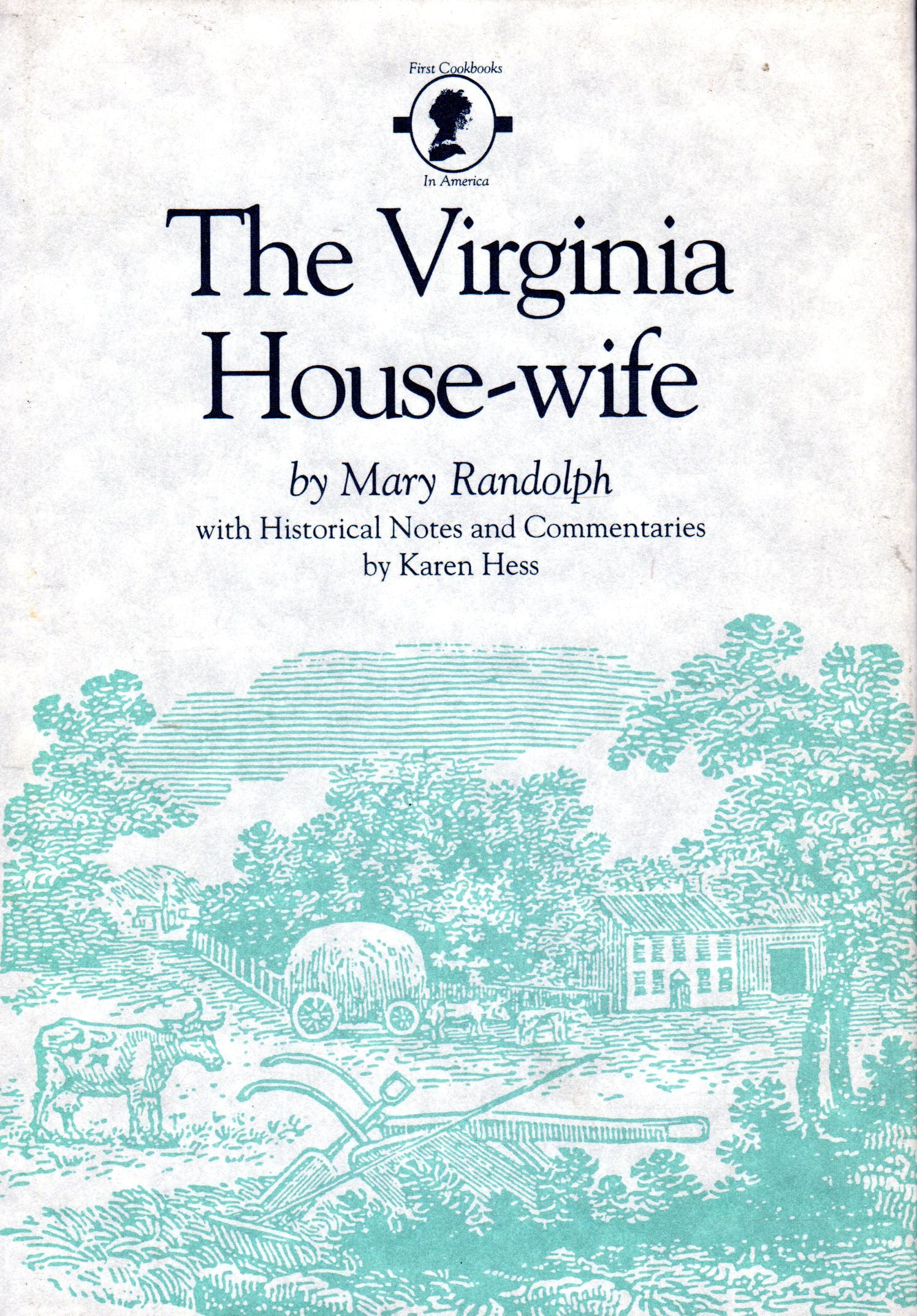 Mary Randolph
with historical notes and commentaries by Karen Hess

The Virginia House-wife was the first cookbook ever published in America. Now published in a facsimile form of the original 1824 work, this ultimate how-to cookbook was the most influential cookbook in nineteenth-century America. Regarded by many critics as the finest cookbook to ever come out of the American kitchen, it was written by Mary Randolph. She and her husband, David Meade Randolph, made their home at Moldavia in Richmond and were celebrated for their displays of lavish hospitality. In 1802, Mr. Randolph was removed from his appointive office of United States Marshal by Thomas Jefferson, and the financial fortunes of the Randolphs never again prospered. By 1808, they had given up Moldavia, and Mrs. Randolph opened a boardinghouse. By all accounts, the food and accomdations were splendid. In late 1819, they moved to Washington, D.C., where Mrs. Randolph committed to paper her culinary experience for what was to be The Virginia Housewife. She was qualified not only by her cooking skill but also by her family and social milieu to record the cookery of those early days of Virginia. Besides numerous recipes and household tips on such things as curing bacon, making lavender water, scented soap, and starch, the book also includes historical notes by culinary historian Karen Hess, a glossary of cooking terms and phrases of the time, and a vegetable chart from Thomas Jefferson's Garden Book, 1766-1824.

Karen Hess, an expert in the kitchen herself, specializes in writing about the history of cooking. A culinary historian who has turned inside out the conventional wisdom about the history of food in America, she was once called "the best American cook in Paris" by Newsweek.