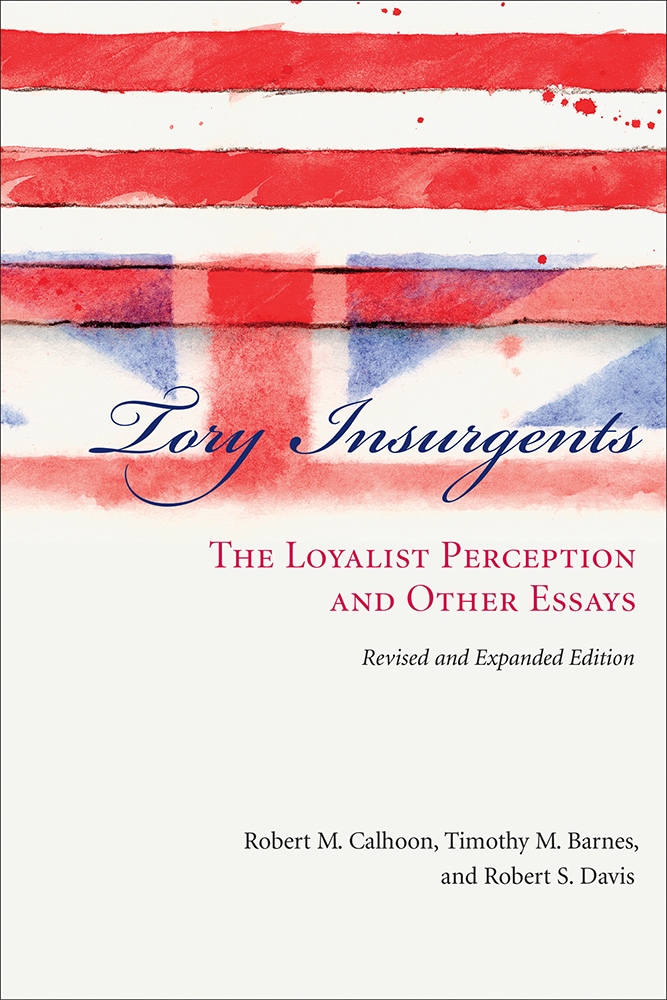 The Loyalist Perception and Other Essays

Building on the work of his 1989 book The Loyalist Perception and Other Essays, accomplished historian Robert M. Calhoon returns to the subject of internal strife in the American Revolution with Tory Insurgents. This volume collects revised, updated versions of eighteen groundbreaking articles, essays, and chapters published since 1965, and also features one essay original to this volume. In a model of scholarly collaboration, coauthors Calhoon, Timothy M. Barnes, and Robert Scott Davis are joined in select pieces by Donald C. Lord, Janice Potter, and Robert M. Weir.

Among the topics broached by this noted group of historians are the diverse political ideals represented in the Loyalist stance; the coherence of the Loyalist press; the loyalism of garrison towns, the Floridas, and the Western frontier; Carolina loyalism as viewed by Irish-born patriots Aedanus and Thomas Burke; and the postwar reintegration of Loyalists and the disaffected. Included as well is a chapter and epilogue from Calhoon's seminal—but long out-of-print—1973 study The Loyalists in Revolutionary America, 1760-1781. This updated collection will serve as an unrivaled point of entrance into Loyalist research for scholars and students of the American Revolution.

Robert M. Calhoon is an adjunct professor of history at Appalachian State University in Boone, North Carolina. Calhoon is the author of numerous books, including The Loyalists in Revolutionary America, 1760–1781; Evangelicals and Conservatives in the Early South, 1740–1861; and Political Moderation in America's First Two Centuries.

Timothy M. Barnes is an associate professor of history at California Polytechnic State University, San Luis Obispo. He is coeditor with Robert M. Calhoon and George A. Rawlyk of Loyalists and Community in North America.

Robert Scott Davis is director of the Family and Regional History Program and a professor of genealogy, geography, and history at Wallace State College in Hanceville, Alabama. He is the author of more than twenty books, including Tracing Your Alabama Past, Requiem for a Lost City: Sallie Clayton's Memoirs of Civil War Atlanta and Cotton, Fire, and Dreams: The Robert Findlay Iron Works and Heavy Industry in Macon, Georgia, 1839–1912.

"All serious students of the internal conflict begotten by the American Revolution will want to ponder Calhoon's essays and apply them to their own work."—William and Mary Quarterly

"All serious students of the internal conflict begotten by the American Revolution will want to ponder Calhoon's essays and apply them to their own work."—William and Mary Quarterly

"As a study of the moral dilemma facing members of the Loyalist elite, this is a valuable collection. Gracefully written and well argued, it tells historians as much about patriot values as it does about the Loyalist response to a changing society."—North Carolina Historical Review

"This book demands the serious attention of all students of the American Revolution."—Georgia Historical Quarterly

"Calhoon's sifting of secondary works and his insights from contemporary documents are useful not only to students of the formation of the republic but also to the wide community of scholars interested in the nature and impact of the American Revolution throughout North America."—American Review of Canadian Studies

"Well researched and cogently written, [these essays] map Robert M. Calhoon's quest to understand the American Loyalists . . . [and] illuminate the rich diversity of thought, motivation, and practice present in the Loyalist community."—Journal of American History