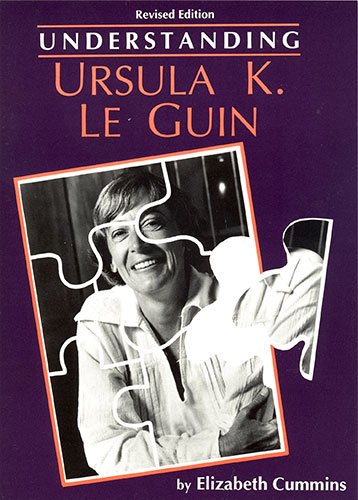 Ever since Ursula K. Le Guin's first novel appeared as one half of an Ace Double paperback in 1966, she has become one of the most important writers in the field of science fiction. This book introduces the fiction of Le Guin by examining the four worlds she has created in her major novels and novellas from 1968 to 1986—Earthsea, the Hainish planets, Orsinia, and the future West Coast. An award-winning science fictionist and fantasist, Le Guin's works include Rocannon's World, A Wizard of Earthsea, The Left Hand of Darkness, The Tombs of Atuan, The Farthest Shore, The Dispossessed, Orsinian Tales, and numerous others. In Understanding Ursula K. Le Guin, Cummins introduces readers to the worlds of Le Guin in hopes they will understand and appreciate her use of the fantasy and science fiction genres, the kinds of stories she tells, and the way she tells them.

Elizabeth Cummins is associate professor of English at the University of Missouri-Rolla. She teaches both science fiction and literature by women, has been an officer of Science Fiction Research Association, and has published a book-length biography of Le Guin. Research support for this book was provided by the Weldon Springs Humanities Seminar of the University of Missouri.