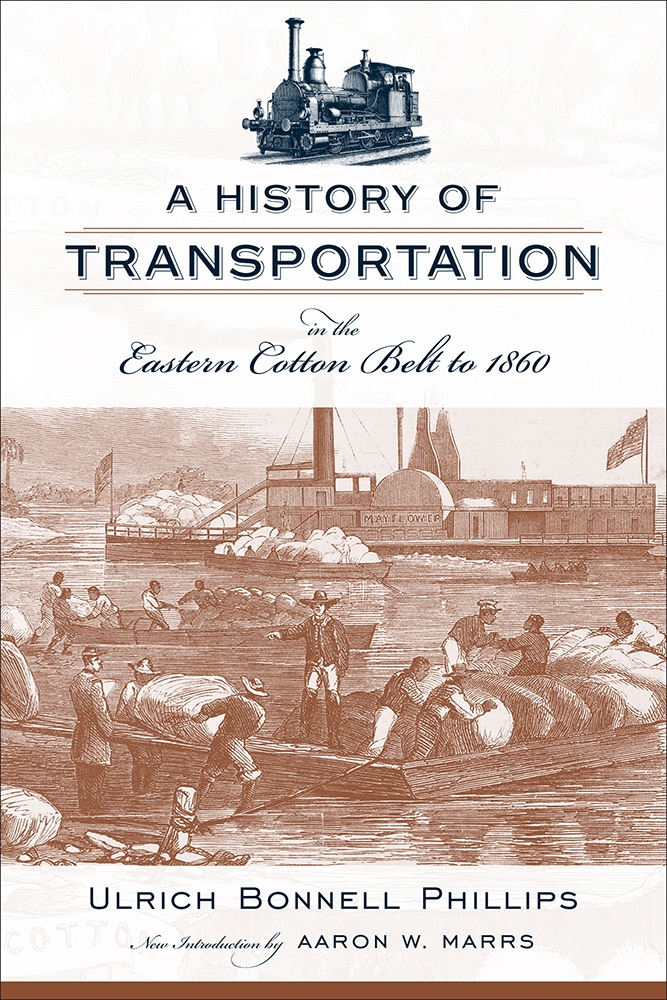 A History of Transportation in the Eastern Cotton Belt to 1860

A History of Transportation in the Eastern Cotton Belt to 1860 (1908) was Southern historian Ulrich Bonnell Phillips's first major monograph and has stood for over a century as one of the principal studies of transportation in the antebellum South. In this work Phillips (1877-1934) used a detailed exploration of the development of the railroad systems in Georgia and South Carolina to probe the structure, accomplishments, and limitations of the antebellum southern economy.If railroads represented an outstanding accomplishment of the South, Phillips argued, the railroads also demonstrated the limits of the antebellum economy. Although railroads were essential to the South's livelihood, the technological revolution did not transform the region or liberate it from the the cotton- and slave-based economy that Phillips believed stunted its growth. Phillips asserted that slavery "locked up" capital, which could not then be released for other types of development. Therefore he saw southern railroads chiefly as an improvement in carrying staple goods to the coast— a traditional economic system—rather than dynamically contributing to the region's evolution and diversification. This Southern Classics edition includes a new introduction by Aaron W. Marrs that chronicles the circumstances surrounding Phillips's writing of this book and illustrates how contemporary historians continue to debate the social and economic issues Phillips raised.

Aaron W. Marrs is a historian at the U.S. Department of State. He earned his Ph.D. in history from the University of South Carolina and is the author of Railroads in the Old South: Pursuing Progress in a Slave Society. Marrs also served as associate managing editor of The South Carolina Encyclopedia.

"Phillips has written a scholarly book rich in detail. He has placed students of social as well as economic history under lasting obligations."—Journal of Political Economy