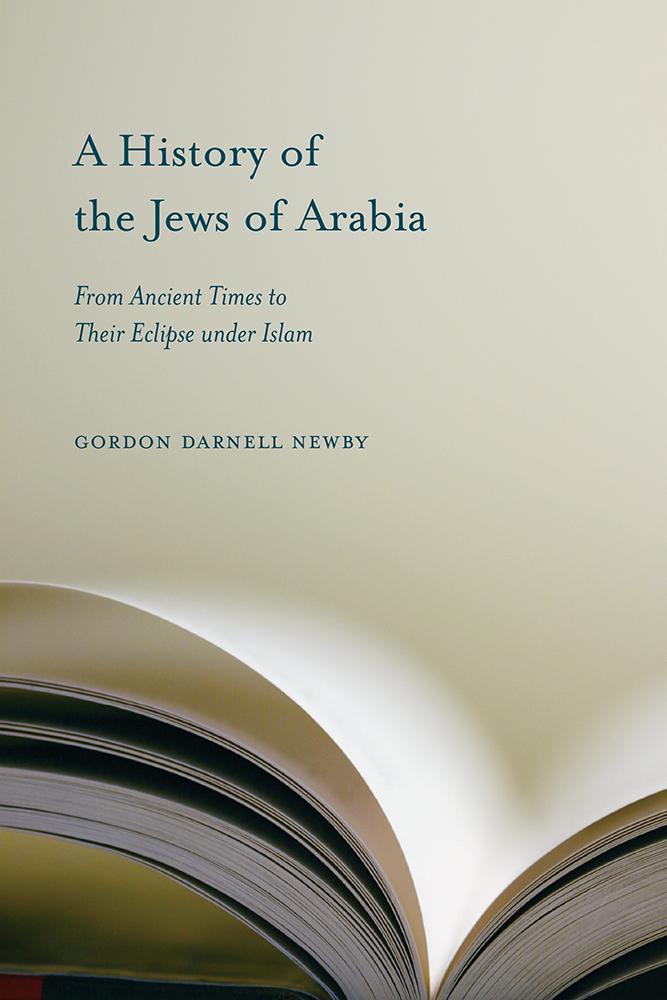 A History of the Jews of Arabia

From Ancient Times to Their Eclipse under Islam

The Jewish communities of Arabia had a great influence on the attitudes that Muslims hold toward Jews, and yet relatively little has been written about their history. The sources are sparse, and Arabic literary texts from the early period of Islam remain the greatest source of our understanding of Arabian Judaism. Through techniques borrowed from anthropology, literary criticism, sociology, and comparative religion, Gordon Darnell Newby reconstructs the understanding of Jewish life in Arabia before and during the time of Muhammad. In addition this material is used to develop a perspective on the inter-confessional relations between Judaism and Islam during an era when the latter was at one of its most dynamic stages of growth.

Gordon Darnell Newby is the chair of the Department of Middle Eastern and South Asian Studies at Emory University and a professor in the graduate program of West and South Asian religions. His books include The Making of the Last Prophet: A Reconstruction of the Earliest Biography of Muhammad and A Concise Encyclopedia of Islam.

"A daring venture . . . because of its attempt at reconstructing the history of a once-important but little-known group based on very sparse data."—Religious Studies Review

"This book provides a wealth of material on its subject. It offers highly original ideas and will be of great use to students interested in the history of the Jews of Arabia."—MESA Bulletin

"What emerges is the picture of a complex Jewish community in Arabia, pursuing its adventure in dispersion at a critical juncture in world history."—Journal of Reform Judaism

"The Jews of Arabia maintained a thriving, vital Diaspora community for centuries. While Muhammad was spreading Islam around Medina in the seventh century, there were Arabian Jewish merchants, poets, pastoral nomads, farmers, sculptors, and warriors. One of the findings of this scholarly synthesis is that Arabian Jewry influenced Muhammad's developing vision of his prophetic mission. . . . By identifying a body of shared experiences of Jews and Muslims, Newby's study gives hope for peaceful coexistence in the Middle East."—Publishers Weekly