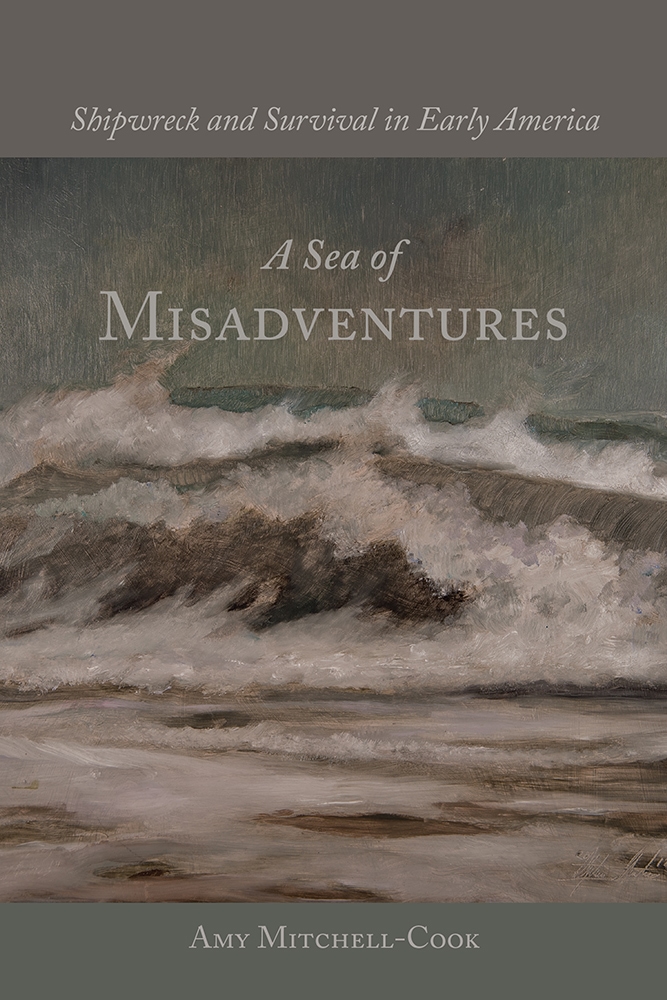 A Sea of Misadventures

Shipwreck and Survival in Early America

A Sea of Misadventures examines more than one hundred documented shipwreck narratives from the seventeenth to the nineteenth century as a means to understanding gender, status, and religion in the history of early America. Though it includes all the drama and intrigue afforded by maritime disasters, the book's significance lies in its investigation of how the trauma of shipwreck affected American values and behavior. Through stories of death and devastation, Amy Mitchell-Cook examines issues of hierarchy, race, and gender when the sphere of social action is shrunken to the dimensions of a lifeboat or deserted shore.

Rather than debate the veracity of shipwreck tales, Mitchell-Cook provides a cultural and social analysis that places maritime disasters within the broader context of North American society. She answers questions that include who survived and why, how did gender or status affect survival rates, and how did survivors relate their stories to interested but unaffected audiences?

Mitchell-Cook observes that, in creating a sense of order out of chaotic events, the narratives reassured audiences that anarchy did not rule the waves, even when desperate survivors resorted to cannibalism. Some of the accounts she studies are legal documents required by insurance companies, while others have been a form of prescriptive literature—guides that taught survivors how to act and be remembered with honor. In essence, shipwreck revealed some of the traits that defined what it meant to be Anglo-American. In an elaboration of some of the themes, Mitchell-Cook compares American narratives with Portuguese narratives to reveal the power of divergent cultural norms to shape so basic an event as a shipwreck.


Amy Mitchell-Cook, an associate professor and chair of the Department of History at the University of West Florida, specializes in maritime history and nautical archaeology. She has published several articles on shipwreck narratives and maritime history.

"the text is an excellent quick read and serves as a good reminder that historical texts have their own social contexts that need to be kept in mind by those seeking to use or understand them in their own work."—Heather Hatch

"News of maritime disasters always captivates us with a continuing fascination for the drama of calamity, the struggle against nature, and the desperation to survive. This volume offers a cultural and social analysis of more than 100 shipwreck narratives from colonial times to the Age of Steam demonstrating how these accounts reflected contemporary North American issues of status, gender, and race . . . an absorbing study that finally brings shipwrecks into the historiography of our culture."—Roger C. Smith, State Underwater Archaeologist, Florida Division of Historical Resources