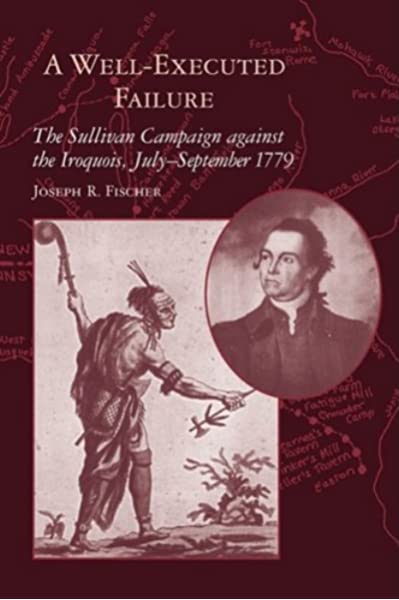 The Sullivan Campaign against the Iroquois, July-September 1779

Joseph R. Fischer reassesses the historical value of the first of the "Indian Wars," a campaign generally regarded as one of the Continental Army's strategic fiascoes. Major General John Sullivan's expedition, intended to punish the Iroquois Confederacy for raids in western New York and Pennsylvania, ultimately did not remove the Iroquois from the conflict despite the successful destruction of their lands. Instead the crusade increased the dependency of the Iroquois remnant on its British supporters and galvanized raiding activities. Fischer suggests that the historical focus on the campaign's failure has overshadowed its importance as a vehicle for understanding the Continental Army at a turning point in the war. He demonstrates that this expedition provides exceptional insight into the growing professionalism of George Washington's military.

While Fischer uses the Sullivan campaign to enumerate the logistical inadequacies that plagued the Continental Army, he also uses it to highlight the significant progress Washington had achieved by 1779. Fischer contends that improvements in operational planning, intelligence, tactics, and leadership exhibited during the Sullivan campaign transformed the army into a force capable of victory against British forces.

"Fischer fills a gap in the military history of the American Revolution with this tight and clear book."—American Historical Review

"Fischer clearly makes his point that the Continental army was a military force rapidly becoming more capable at all levels despite its many shortcomings."—New York History

"Fischer takes a new approach to this familiar story, treating the Sullivan campaign as an opportunity to evaluate the performance of the Continental army at midwar. . . . Fischer's focus on the professionalism exhibited by Sullivan's troops adds depth to the conclusions of Charles Royster, Don Higginbotham, and other military historians who have studied the Continental army's evolution over the course of the war."—Pennsylvania History

"The author . . . uses the Sullivan campaign to develop a richly detailed overview of the stages of development of the Continental army as it evolved from the 'rabble in arms' of 1775 and 1776 into the lean-and-mean troops who stood by at Yorktown while Lord Cornwallis's army furled its flags."—Fayetteville (N.C.) Observer Times

"Fischer has written an interesting book that is a model for using a military campaign to study the broader effectiveness of the army."—William and Mary Quarterly