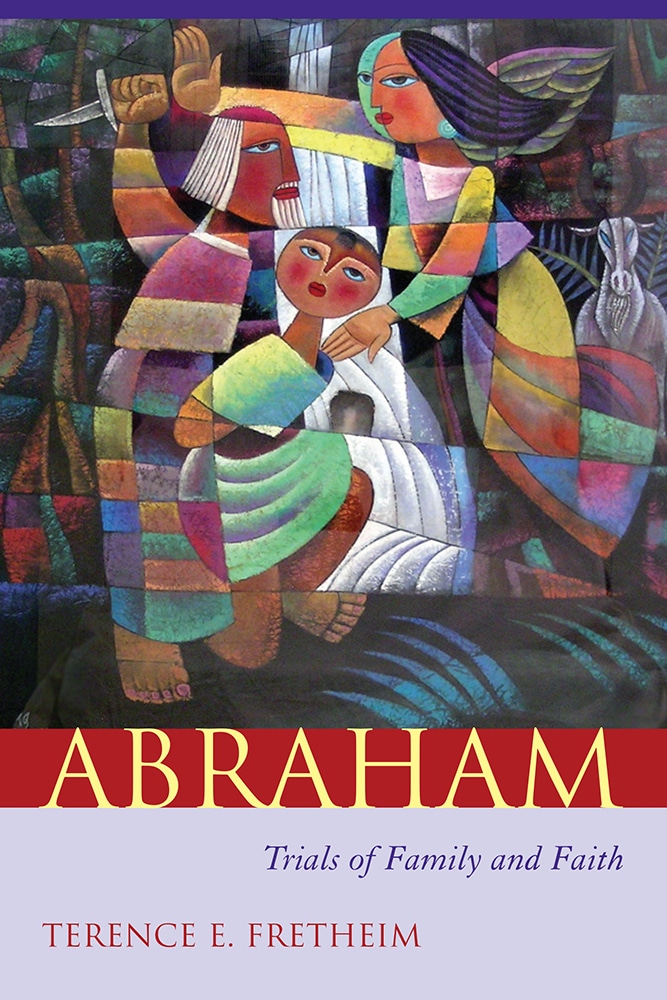 Trials of Family and Faith

In an inviting style that showcases his literary discernment, theological sophistication, and passion for the biblical text, Terence E. Fretheim turns his attention to one of the most dramatic stories of the Old Testament—that of Abraham, Sarah, Hagar, Isaac, and Ishmael. Through close readings of Genesis 12 through 25, Fretheim guides readers through the intricacies of the plot, from God's surprising call to Abraham to leave home and family to God's enigmatic commands to evict one son and sacrifice another.

Extending the vein of analysis in which he previously has written to wide acclaim, Fretheim examines Abraham's family and assesses the significant roles it plays across three religions—Judaism, Christianity, and Islam. Relating biblical narrative to theological concerns, Fretheim wrestles with such controversial concepts as God's selection of an elect people, the gift of land and other promises, the role of women and outsiders, the character of God, and the suffering of innocents.

In addition Fretheim contributes to the increasingly important interreligious dialogue surrounding Abraham by examining the continuing conversation among Muslims, Christians, and Jews about the place of Hagar and Ishmael in Abraham's family. Throughout the text, Fretheim frames the narrative as rooted in the trials of family and faith that define the story of Abraham as the father of three religions.


Terence E. Fretheim is the Elva B. Lovell Professor of Old Testament at Luther Seminary in St. Paul, Minnesota, where he has also served as dean of academic affairs. His numerous past books include Jeremiah, Hope in God in Times of Suffering, and God and World in the Old Testament: A Relational Theology of Creation.

"This interesting study by noted Old Testament scholar Terence Fretheim, based on wide reading and deep reflection, is accessible to general readers, students, clergy, and scholars alike. It may be thoroughly recommended for its literary sensitivity and the theological insight it provides into the Abraham narratives in Genesis 12-25; the roles of Abraham, Sarah, Isaac, and Ishmael are all helpfully illuminated. Nowadays, Abraham is often appealed to as a figure held in common between Judaism, Christianity, and Islam. It is therefore good that Fretheim's final chapter helpfully analyses the differing representations of Abraham in biblical and postbiblical Jewish literature, the New Testament, and the Koran."—John Day, professor of Old Testament Studies, Oxford University

"Fretheim stays at the cutting edge of interpretation with his distinctive and compelling combination of critical acumen and theological sensitivity. Fretheim has for a long time pondered the Genesis texts and he brings his great learning to this book. But he also moves into the new questions concerning Abraham as 'father of faith' who summons Jews, Christians, and Muslims to think again and to read together as far as we can. Fretheim shows the way in which the interpretive traditions of Jews and Christians have lingered over Abraham. We have come a long way from both innocent pre-critical thought and from arid criticism. Fretheim is a reliable, first-rate guide for new paths of discernment. I cannot imagine a study that better serves the series of Studies on Personalities of the Old Testament."—Walter Brueggemann, professor emeritus of Old Testament, Columbia Theological Seminary

"immensely enriching and readable . . . based on years of reflection and research that is well worth contemplating"—Shofar