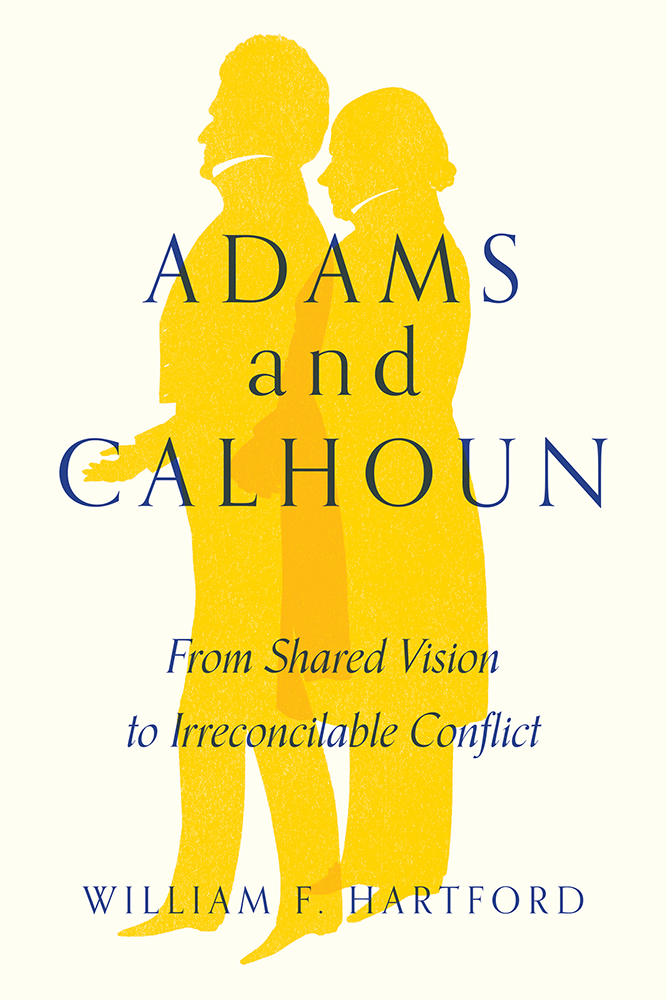 From Shared Vision to Irreconcilable Conflict

Although neither of them lived to see the Civil War, John Quincy Adams and John C. Calhoun did as much any two political figures of the era to shape the intersectional tensions that produced the conflict. William F. Hartford examines the lives of Adams and Calhoun as a prism through which to view the developing sectional conflict. While both men came of age as strong nationalists, their views, like those of the nation, diverged by the 1830s, largely over the issue of slavery. Hartford examines the two men's responses to issues of nationalism and empire, sectionalism and nullification, slavery and antislavery, party and politics, and also the expansion of slavery. He offers fresh insights into the sectional conflict that also accounts for the role of personal idiosyncrasy and interpersonal relationships in the coming of the Civil War.

William F. Hartford is an independent scholar whose earlier works include Money, Morals, and Politics: Massachusetts in the Age of the Boston Associates and Where Is Our Responsibility: Unions and Economic Change in the New England Textile Industry, 1870-1960.

"A pleasure to read. It is well researched, both in primary and secondary sources, and exceedingly well- written, moving through a complex story at a brisk pace. The author's word choices and skill at both narrative and argument make the book an easy and productive read. . .. Hartford has produced a fast-paced, engaging narrative about two famous men that proves not only fair to both and engaging for readers but also one unsparing concerning the flaws both men manifested."—Lacy Ford, emeritus, department of history, University of South Carolina

"Thematic chapters, which focus on the issues of empire, nullification, slavery, and party politics, present the opportunity to view some of the most significant events of the first half of the nineteenth century through the lens of two of the country's foremost politicians, and the fact that they came to disagree so completely despite an early friendship perfectly illustrates the growing political divide. The writing is crisp and polished."—Robert Elder, associate professor of history, Baylor University