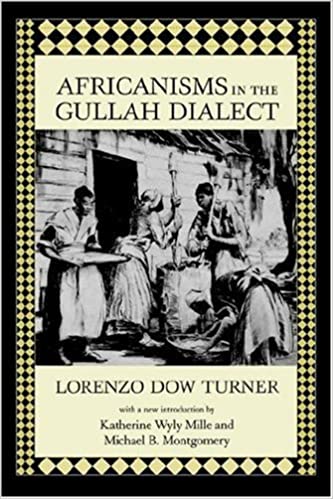 Africanisms in the Gullah Dialect

The first—and still most important—book on Gullah language

A unique creole language spoken on the coastal islands and adjacent mainland of South Carolina and Georgia, Gullah existed as an isolated and largely ignored linguistic phenomenon until the publication of Lorenzo Dow Turner's landmark volume Africanisms in the Gullah Dialect. In his classic treatise, Turner, the first professionally trained African American linguist, focused on a people whose language had long been misunderstood, lifted a shroud that had obscured the true history of Gullah, and demonstrated that it drew important linguistic features directly from the languages of West Africa. Initially published in 1949, this groundbreaking work of Afrocentric scholarship opened American minds to a little-known culture while initiating a means for the Gullah people to reclaim and value their past. The book presents a reference point for today's discussions about ever-present language varieties, Ebonics, and education. For readers today the book offers important reminders about the subtleties and power of racial and cultural prejudice.

In their introduction to the volume, Katherine Wyly Mille and Michael B. Montgomery set the text in its sociolinguistic context, explore recent developments in the celebration of Gullah culture, and honor Turner with a recounting of his life and scholarly accomplishments.


Lorenzo Dow Turner (1895–1972) was a professor of English and linguistics and a pioneer in the study of African contributions to global culture. Among his many achievements, he was the first full-time African American professor at Roosevelt College in Chicago, held a Fulbright lectureship to Nigeria, conducted extensive linguistic fieldwork in African countries, and helped to establish Peace Corps programs in Africa.

Katherine Wyly Mille is an independent scholar and 1996 Fulbright professor of sociolinguistics and women's studies in Finland and has done linguistic research on Gullah creole. A native of the South Carolina lowcountry, she now lives in Columbia.

Michael B. Montgomery is distinguished professor emeritus of English and linguistics at the University of South Carolina. He is the editor of The Crucible of Carolina: Essays in the Development of Gullah Language and Culture. Montgomery lives in Columbia.