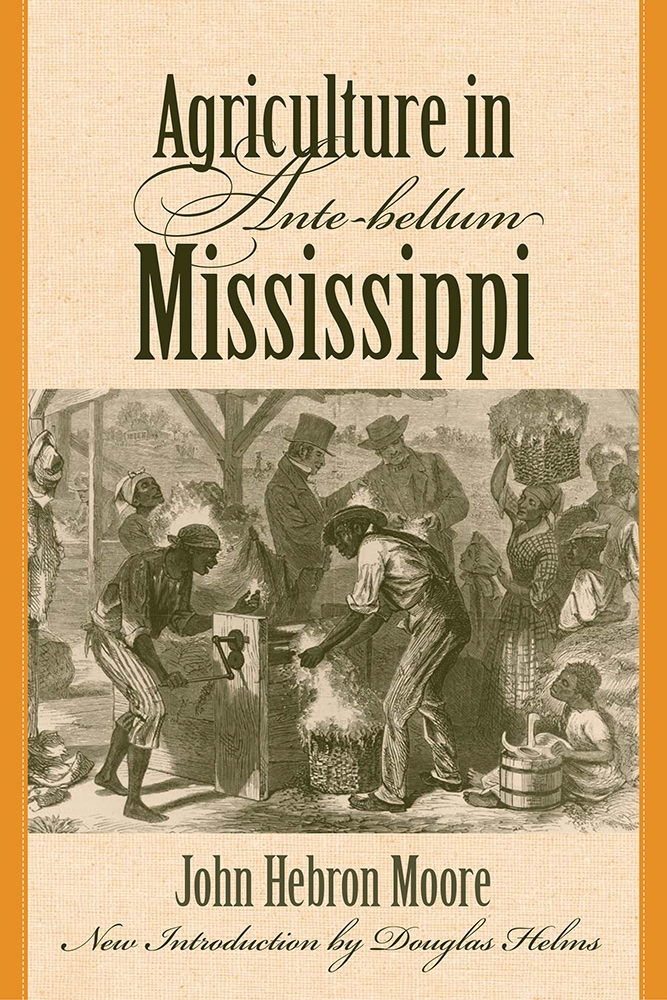 First published in 1958, John Hebron Moore's Agriculture in Ante-Bellum Mississippi presents a clear survey of the methods, mechanical and genetic technologies, labor management, and economic viability of the Old South's cotton kingdom as it existed in Mississippi.

Moore's objective study is arranged along chronological and topical lines and assesses the agricultural history of the whole state to the eve of the Civil War without romanticism. Moore offers an insightful history of Mississippi's transition from the soil-exhausting frontier agriculture of the early Natchez era to the largely self-sufficient, scientifically based, and highly profitable upland cotton farming that followed in the 1850s and 1860s. The work is distinguished in its thorough discussion of the development of cotton culture in the Natchez District as independent from the efforts of cotton planters along the Atlantic Coast, its exploration of antebellum cotton breeding techniques, and its analysis of the role of the 1837-49 economic depression as the impetus for agricultural renaissance that made cotton Mississippi's most profitable crop in the 1850s.

This Southern Classics edition includes a new introduction by agricultural historian Douglas Helms that places the book within the historical context of its original publication and discusses how its influence has become interwoven in current scholarship.


A native Mississippian, John Hebron Moore retired from the history department at Florida State University in 1993. He is the author of The Emergence of the Cotton Kingdom in the Old Southwest and Andrew Brown and Cypress Lumbering in the Old Southwest.

Douglas Helms is a historian with the Natural Resources Conservation Service, an agency of the U.S. Department of Agriculture. He is the author of Readings in the History of the Soil Conservation Service and of numerous articles on the cotton boll weevil.

"This valuable study rests upon effective utilization of rich printed sources, supplemented by significant professional literature. . . . This treatise makes an unusually important series of contributions to our knowledge of the history of agriculture in the Deep South."—Journal of Southern History

"A thorough and interesting monograph. . . . Moore has made an important contribution toward a more adequate understanding of the cultural and economic history of ante-bellum Mississippi."—Mississippi Valley Historical Review