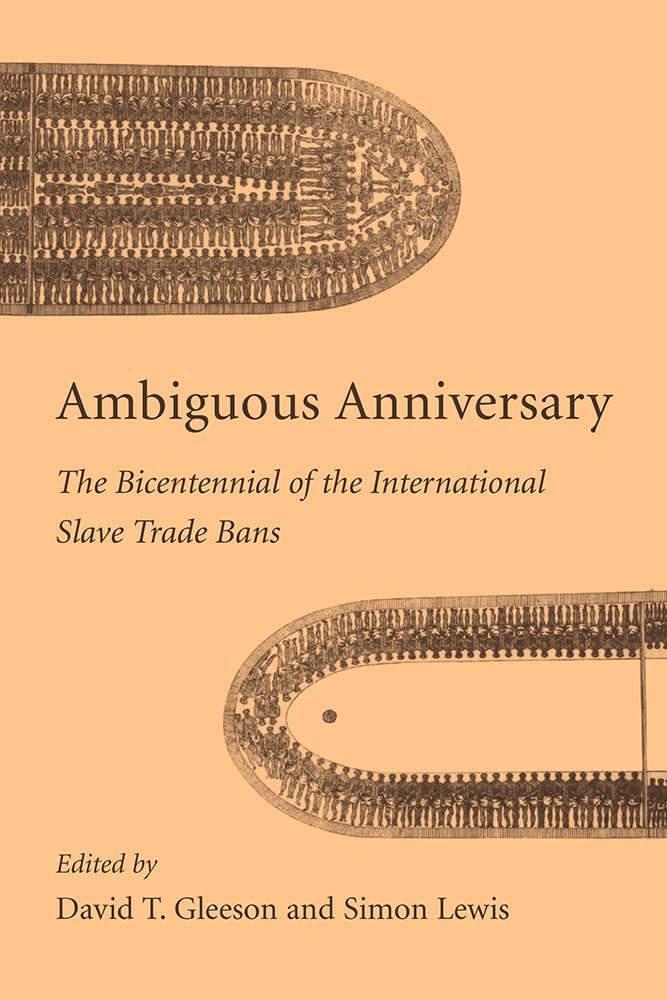 The Bicentennial of the International Slave Trade Bans

In March 1807, within a few weeks of each other, both the United States and the United Kingdom passed laws banning the international slave trade. Two hundred years later, Great Britain, an instigator of the slave trade and the chief source of slaves sold into continental North America, was awash nationwide in commemorations of the ban. By contrast the bicentennial of the ban received almost no attention in the United States. Ambiguous Anniversary aims to remedy that omission and to explain the discrepancy between the two commemorative responses. Edited by David T. Gleeson and Simon Lewis, this volume examines the impact that closing the international slave trade in 1808 had on Southern American economics, politics, and society.

Recasting the history of slavery in the early Republic and the memory of slavery and abolition in American culture, the foreword, introduction, and ten essays in this volume present a complex picture of an important but partial step in America's long struggle toward the ambitious but ambiguous goal of liberty and justice for all.

A native of Ireland, David T. Gleeson is a reader in history in the School of Arts and Social Sciences at Northumbria University in Newcastle upon Tyne and a former director of the College of Charleston's Carolina Lowcountry and Atlantic World program. He is the editor of The Irish in the Atlantic World.

Simon Lewis is a professor of world literature at the College of Charleston, where he is also an associate director of the Carolina Lowcountry and Atlantic World program. Lewis is the author of White Women Writers and Their African Invention and British and African Literature in Transnational Context.

"A group of international scholars discuss the complex transatlantic historical ramifications of abolition. . . . They take us from the edge of American frontier settlement to the broad contours of contemporary slave-based economics and from the minutiae of parliamentary arguments to considerations of gender and childhood. . . . What follows is in effect an opportunity to explore the wider intellectual problems posed by historical commemorations and the current issues that lurk beneath the surface of what seem, at first glance, straightforward historical anniversaries. The essays also allow us to think more closely about the connections between the academic and the popular, between the worlds of scholarship and public history. In the process we might begin to appreciate the realities and mythologies of the shaping of historical memory—on both sides of the Atlantic."—James Walvin, professor of history emeritus, York University, from the foreword