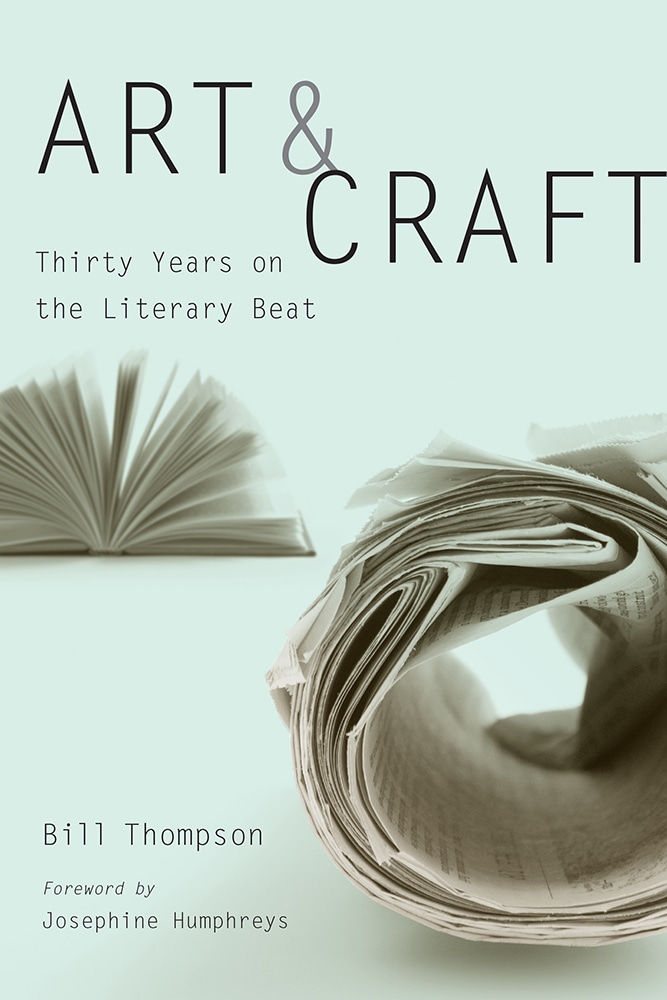 Thirty Years on the Literary Beat

Art and Craft presents the hand-picked fruit of Bill Thompson's three decades covering writers and writing as book review editor of Charleston, South Carolina's Post and Courier. Beginning with a foreword by Charleston novelist Josephine Humphreys, this collection is a compendium of interviews featuring some of the most distinguished novelists and nonfiction writers in America and abroad, including Tom Wolfe, Pat Conroy, Joyce Carol Oates, Rick Bragg, and Anthony Bourdain, as well as many South Carolinians. With ten thematic chapters ranging from the Southern Renaissance, literature, biography, and travel writing to crime fiction and Civil War history, Art and Craft also includes a sampling of Thompson's reviews.

A foreword is written by South Carolina novelist Josephine Humphreys, who is author of Dreams of Sleep (winner of the 1985 Ernest Hemingway Award for First Fiction), Rich in Love (made into a major motion picture), The Fireman's Fair, and Nowhere Else on Earth.


Bill Thompson was a book review editor, film critic and columnist, arts writer, and travel writer for the Post and Courier of Charleston, South Carolina, from 1980 to 2012. A graduate of the University of North Carolina at Chapel Hill and a former sportswriter in Virginia and Florida, he has won numerous awards for his writing. In his retirement Thompson frequently reviews and writes for Kirkus Reviews, the Post and Courier, and Charleston Style and Design. He lives in Charleston.

"I would like to think that a book such as this truly came deep from his heart and pride and that it means much to him. I would take it as a huge accomplishment."—Dew on the Kudzu (Idgie)

"Thompson's own literary style is as smooth and inviting as that of many of the authors he has written about."—Charlie Nutt (Free Times)

"Bill Thompson has for what seems forever been the Lowcountry's chronicler of books, good and bad, big and small, and this book bears testament to the great good work on behalf of the word he's been doing all these decades. This is a terrific compendium of publishing history and criticism, not to mention a joy to read!"—Bret Lott, College of Charleston

"Taken one by one, the pieces in Bill Thompson's first collection spotlight his matchless gifts: an active, fluent intelligence; a talent for listening and taking artists on their own terms; and a scope that honors both the local and far-flung. Together, they conjure up the Thompson era, a golden thirty-year span when each week brought a fresh bulletin from the cultural front."—Catherine Holmes, College of Charleston

"From fiction and biography to books about travel, history, crime, television, the Charleston Renaissance, the environment—his range is wide. What's more, the essays are just plain fun to read. Bookstores may have come and gone, and the publishing industry is in a state of panic. But we are a strong writing community today, thanks in no small measure to the Thompson era."—Josephine Humphreys, from the foreword

"These hand-picked essays . . . are literary gems in their own right."—Charleston Style & Design Magazine