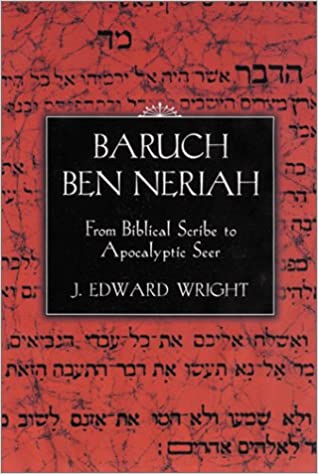 From Biblical Scribe to Apocalyptic Seer

Baruch ben Neriah traces the evolution of a biblical figure whose legacy grew from that of a scribe who edited or wrote the Book of Jeremiah to a divine sage granted a tour of heaven itself. In this comprehensive assessment of Baruch, J. Edward Wright charts the significance of a minor figure who gradually became a larger-than-life hero in the Jewish and Christian popular imagination. In addition to exploring biblical and postbiblical depictions, Wright illumines how the various portrayals reveal the leadership models and religious values of early Jewish and Christian communities. He suggests that these communities reinvented Baruch to meet the pressing issues of their day.

Wright examines the scribe as depicted in the Bible, noting his distinction as one of the few characters whose existence can be attested by archaeological evidence. A loyal friend of Jeremiah, Baruch is recorded to have received a mysterious oracle from God in the midst of Jerusalem's destruction by the Babylonians. Wright explores how beliefs about this message provided the postbiblical impetus for Baruch's transformation into an apocalyptic seer.

Wright charts the burgeoning of Baruch's legacy through his readings of the Apocrypha and Pseudepigrapha—writings that are part of the literary heritage shared by early Judaism and Christianity. With close analysis of texts attributed to—but certainly not written by—Baruch, Wright offers insight into the social and religious problems faced by Jews and Christians of the era. Moreover, he shows how the reshaping of the scribe's persona illustrates the early Jewish and Christian practice of updating the Bible and its characters to make the ancient traditions speak freshly to each generation.


J. Edward Wright is director of Judaic Studies and an associate professor of Hebrew Bible and early Judaism at the University of Arizona. He holds a Ph.D. from Brandeis University. The author of The Early History of Heaven, selected by Choice magazine as one of its Outstanding Academic Books for 2000, Wright has received several national and international research fellowships, including a Yad Hanadiv/Rothschild Foundation Fellowship at Hebrew University. He lives in Tucson.