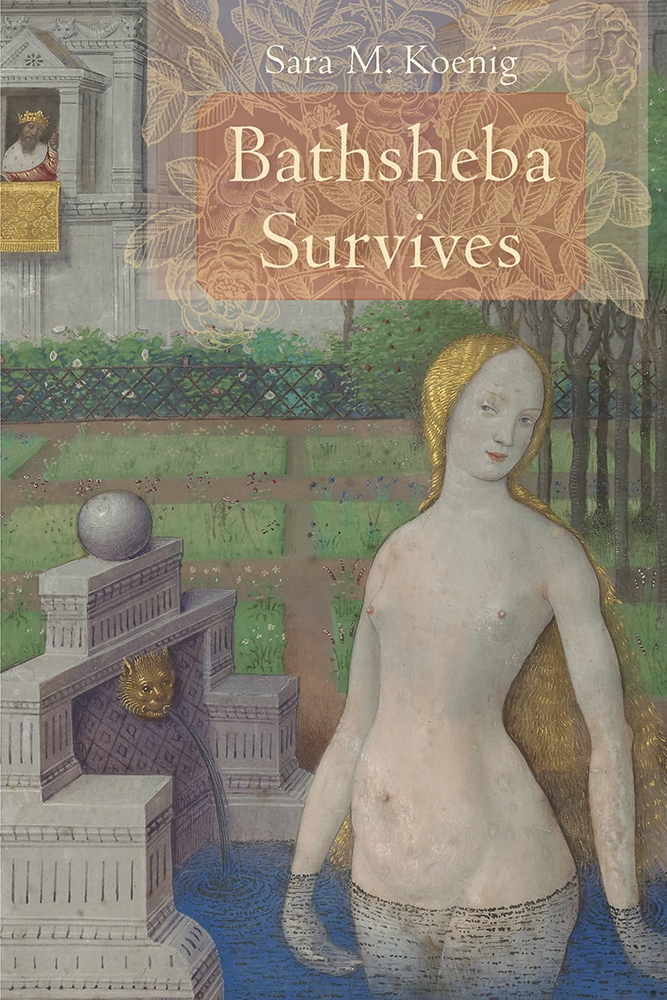 Bathsheba is a mysterious and enigmatic figure who appears in only seventy-six verses of the Bible and whose story is riddled with gaps. But this seemingly minor female character, who plays a critical role in King David's story, has survived through the ages, and her "afterlife" in the history of interpretation is rich and extensive. In Bathsheba Survives, Sara M. Koenig traces Bathsheba's reception throughout history and in various genres, demonstrating how she has been characterized on the spectrum from helpless victim to unscrupulous seductress.

Early Jewish interpretations, Koenig argues, highlight Bathsheba's role as Solomon's mother and adviser, while texts from the patristic era view her as a type: of sinful flesh, of the law, or of the gentile church. Works from the medieval period depict Bathsheba as a seductress who wants to tempt David, with art embellishing her nudity, while reformers such as Luther and Calvin treated Bathsheba in a generally critical light as indiscreet and perhaps even devious. During the Enlightenment period, Koenig claims Bathsheba was most frequently discussed in commentaries that used historical critical methods to explain her character and her actions.

Koenig then demonstrates how Bathsheba is understood in today's popular media as both seductress and victim, being featured in novels, films, and in music from such artists as Leonard Cohen and Sting. The minor, enigmatic biblical character Bathsheba, Koenig writes, has survived through time by those who have received her and spoken about her in varying ways. Though she disappears from the biblical text, she resurfaces in thought and study and will continue to survive in the centuries to come.


Sara Koenig is an associate professor of biblical studies at Seattle Pacific University and the author of Isn't This Bathsheba? A Study in Characterization.

"In Bathsheba Survives, Sara Koenig offers an impressive reception history that provides a revealing portrait of this complex character. Sweeping in scope, Koenig's volume reclaims Bathsheba as a significant figure and takes readers on an exciting journey from ancient to contemporary periods. It will make you reconsider Bathsheba and her role within biblical narratives and beyond."—Nyasha Junior, author of An Introduction to Womanist Biblical Interpretation

"With her book Bathsheba Survives, Sara Koenig has produced an undeniable landmark study on the reception history of Bathsheba in commentaries, visual art, music and popular culture. Her work also provides a concise, accessible review of the history of biblical interpretation from the ancient world to the modern."—Brennan Breed, Columbia Theological Seminary

"Although Bathsheba appears in a mere seventy-six verses in the Hebrew Bible, her character survives in ways that are at once fascinating and surprising, and Sara Koenig is an astute and delightful guide to the material. Deftly moving between the Bible, art, music, theology, politics, film, fiction, and television, Koenig brings Bathsheba to life over and over again by sensitively elucidating the ways a wide range of interpreters have brought their particular concerns, questions, and creative energies to the text."—Amy Erickson, Iliff School of Theology