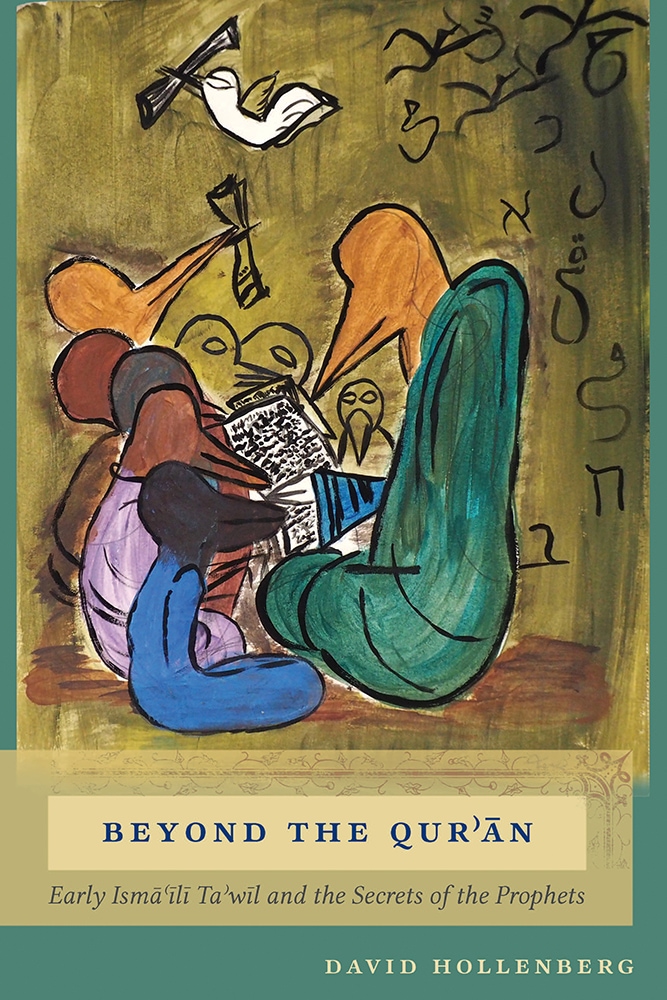 Early Isma'ili Ta'wil and the Secrets of the Prophets

The first book-length study of ta'wil, a form of allegorical scriptural interpretation propagated by Ismaili-Shiite missionaries

Ismailism, one of the three major branches of Shiism, is best known for ta'wil, an esoteric, allegorizing scriptural exegesis. Beyond the Qur'?n: Early Ismaili ta'wil and the Secrets of the Prophets is the first book-length study of this interpretive genre. Analyzing sources composed by tenth-century Ismaili missionaries in light of social-science theories of cognition and sectarianism, David Hollenberg argues that the missionaries used ta'wil to instill in acolytes a set of symbolic patterns, forms, and "logics." This shared symbolic world bound the community together as it created a gulf between community members and those outside the movement. Hollenberg thus situates ta'wil socially, as an interpretive practice that sustained a community of believers.

An important aspect of ta'wil is its unconventional objects of interpretation. Ismaili missionaries mixed Qur'?nic exegesis with interpretation of Torah, Gospels, Greek philosophy, and symbols such as the Christian Cross and Eucharist, as well as Jewish festivals. Previously scholars have speculated that this extra- Qur'?nic ta'wil was intended to convert Jews and Christians to Ismailism. Hollenberg, departing from this view, argues that such interpretations were, like Ismaili interpretations of the Qur'?n, intended for an Ismaili audience, many of whom converted to the movement from other branches of Shiism.

Hollenberg argues that through exegesis of these unconventional sources, the missionaries demonstrated that their imam alone could strip the external husk from all manner of sources and show the initiates reality in its pure, unmediated form, an imaginal world to which they alone had access. They also fulfilled the promise that their imam would teach them the secrets behind all religions, a sign that the initial stage of the end of days had commenced.

Beyond the Qur'?n contributes to our understanding of early Ismaili doctrine, Fatimid rhetoric, and, more broadly, the use of esoteric literatures in the history of religion.


David Hollenberg is an assistant professor of Arabic and Islamic studies at the University of Oregon. He has authored articles on Ismailism and is the coeditor of The Yemeni Manuscript Tradition. Hollenberg is the founder of the Yemen Manuscripts Digitization Initiative, a collective of scholars and librarians devoted to preserving the manuscripts of Yemen.

"An important work that illumines a particular aspect of Isma'ilism."—Reading Religion

"This is one of the best studies to appear on the Ismaili hermeneutical system. Thorough and extensively researched, the book offers a new approach to read this rich tradition. It is also one of the best introductions on the topic to date, and to the Ismaili literary production as a whole, making it a must-read work. Scholars and students will find the work immensely helpful. Hollenberg has done the field a great service."—Walid A. Saleh, University of Toronto

"The book offers the first balanced analysis of the Ismaili doctrine of taʾwīl, esoteric interpretation that provides a way to access the secret, salvific knowledge of the Imam. The author, at home in both primary and secondary sources, provides a critical yet cautious reassessment of taʾwīl. A thought-provoking and informative work that anyone wishing to understand taʾwīl should read."—Ismail K. Poonawala, University of California, Los Angeles

"Beyond the Qurān is a valuable and innovative contribution to our knowledge of main aspects of early Ismāīlī tawīl."—JERUSALEM STUDIES INARABIC AND ISLAM

"Hollenberg has published a pioneering study of Ismaili ta'wīl that is extensive in both methodology and primary source analysis. His incorporation of new methodological considerations into the study of Ismaili thought is a noteworthy development in the field. The accessibility of the author's writing style and explanations make this a useful text for specialists and non-specialists alike."—Islam and Christian–Muslim Relations

"what Hollenberg presents here is either quite new territory or an explanation of facets of the doctrine in terms that help to place it in a broader context of religious studies of the exoteric/esoteric distinction and its application in communal formation and maintenance."—The Journal of Religion