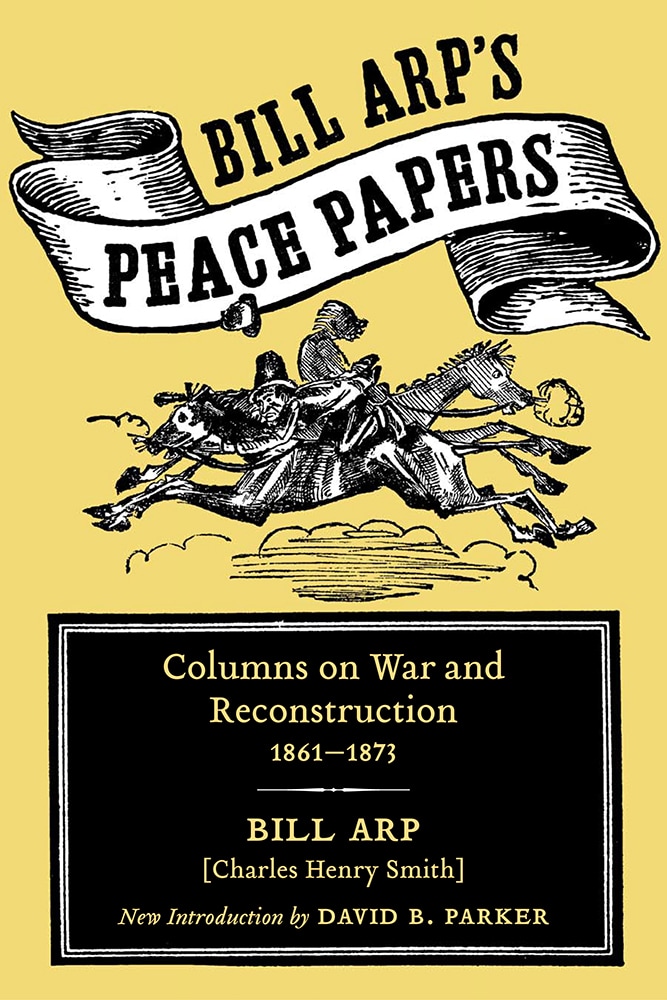 First published in 1873, Bill Arp's Peace Papers, by Charles Henry Smith (1826-1903), is a collection of writings from the Civil War and Reconstruction by the Confederacy's most famous humorist. Smith, a lawyer in Rome, Georgia, took the penname "Bill Arp" in April 1861, following the firing on Fort Sumter, when he wrote a satiric response to Abraham Lincoln's proclamation ordering the Southern rebels to disperse within twenty days. In his letter addressed to "Mister Linkhorn" and written in the semiliterate backwoods dialect adopted by numerous mid-nineteenth-century humorists, Smith advised the president, "I tried my darndest yisterday to disperse and retire . . . but it was no go."

The "Linkhorn" letter, reprinted in many Southern newspapers, was wildly popular across the South, and Smith followed it with dozens of other similarly comic pieces over the next few years, all signed by "Bill Arp." During the war he mocked Lincoln and praised the bravery and sacrifice of the Confederates, but he also turned a disapproving eye on those Southerners—from draft dodgers to Georgia governor Joe Brown—whose actions he viewed as detrimental to the war effort. Following the war he turned his attention to criticizing Reconstruction efforts to reshape Southern race relations. Later Smith collected the best of these pieces in Bill Arp's Peace Papers, a valuable example of the Southern conservative perspective on the Civil War and Reconstruction era.

This Southern Classics edition makes Smith's witticisms as Arp available once more, augmented with a new introduction by Georgia historian David B. Parker, which places the writings and their author in historical and literary context.


David B. Parker is a professor of history at Kennesaw State University. He has written on the American carpet industry, L. Frank Baum's Wonderful Wizard of Oz, and influential Georgians such as evangelist Sam Jones, reformer Rebecca Felton, and writer Marian McCamy Sims.

"Writing as Bill Arp, Georgia lawyer Charles Henry Smith was considered the most famous humorist of the Confederacy. This volume is a collection of his satiric and mocking writings from the Civil War and Reconstruction eras, much of it directed toward President Abraham Lincoln as a rebuke of the president's actions during the war."—Book News