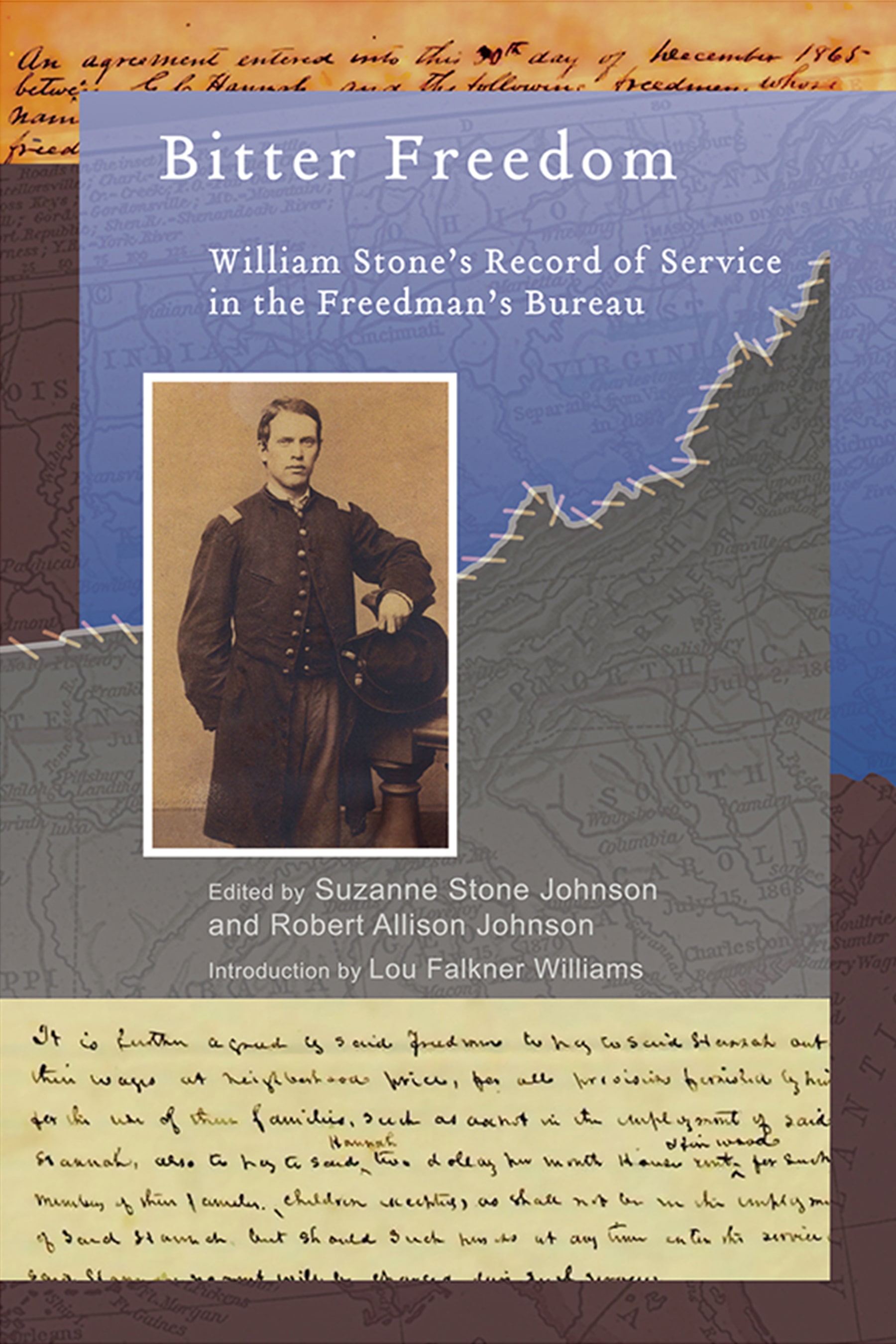 William Stone's Record of Service in the Freedmen's Bureau

Bitter Freedom is an insightful evaluation of the pivotal role of the Freedmen's Bureau during Reconstruction in war-torn South Carolina as written by a young bureau agent eager to do his part in rebuilding a divided nation. In early 1866 Major William Stone of the 19th Regiment of the Massachusetts Volunteers, having survived four major Civil War battles and three combat wounds, arrived in South Carolina to assume his duties in the newly formed Freedmen's Bureau. Spanning nearly three years of this service, his recently discovered first-person narrative chronicles his insightful observations on the postwar South and his experiences in carrying out the bureau's efforts in voter registration, education, land reform, civil rights enforcement, and mediation of racial disputes. Stone was diligent in his duties and detailed in his writings, the result of which is a compelling recollection of turbulent race relations in small towns of the upstate surrounding Anderson and along the Savannah River near Aiken.

That Stone was the son of a prominent New England abolitionist minister is apparent in his critical commentary on slave culture and in his perceptions of its negative impact on the morality of whites and blacks alike. Likewise his boyhood experiences on a small farm color his assessment of what he viewed as the wastefulness of Southern agricultural methods. Stone's background, combat experiences, and earnest inclination toward public service make for a fascinating vantage point in his vivid descriptions of the poverty, political corruption, racial hatreds, explosive violence, and corrosive animosity toward all things Yankee he witnessed in the defeated South. Yet he was so moved by the possibilities for progress he saw in South Carolina that, after his Freedmen's Bureau service ended, he went on to establish a successful law practice in Charleston and was eventually appointed as the state's attorney general.

Edited by his descendants, Stone's recollections remind modern readers of the harsh circumstances and bitter emotions of South Carolinians immediately following the Civil War and of the efforts of some to mend social and economic wounds. The record of service is augmented with an introduction by historian Lou Falkner Williams that sets the writings in the broader context of Reconstruction history.


The great-granddaughter of William Stone, Suzanne Stone Johnson is a retired schoolteacher and coeditor of her community newspaper in Leesville, South Carolina. She earned her B.S. degree from Tufts University, certification as an occupational therapist from the Boston School of Occupational Therapy, and an M.Ed. degree from American International College in Springfield, Massachusetts.

Robert Allison Johnson is the author of This Violent Land, a historical novel based on the life of William Stone. He is a retired insurance professional with a B.A. degree in history from Harvard University and an M.B.A. from Western New England College.