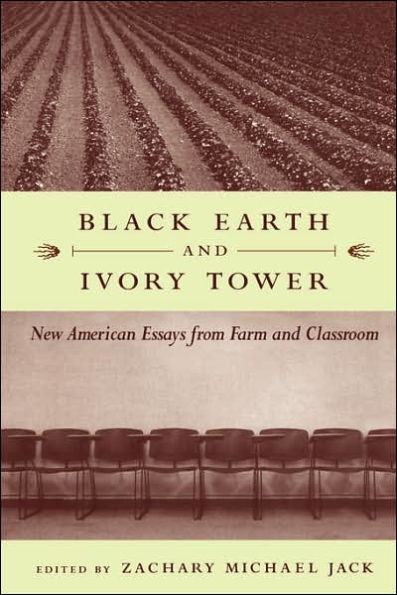 The collected reflections and wisdoms of 30 contemporary farmer-writer-teachers

Heralding the seventy-fifth anniversary of the quintessential agrarian anthology I'll Take My Stand, Zachary Michael Jack, himself a fourth generation farmer's son, has assembled North America's foremost contemporary writers on the present rural experience to provide their own twenty-first-century insights.

These gifted teachers and growers offer hard-won inspiration from the field and the classroom, exemplifying the multifaceted, farm-grounded talents that call them to lives as writers, visual artists, conservation tillers, environmentalists, economists, policymakers, extension agents, and grassroots activists. Seeking a balanced life that reconciles the hands, heart, and head, they follow roads less traveled to find agrarian lifestyles at once enlightening and challenging. At a time when less than two percent of Americans count themselves as farmers, these writers—all of whom have cultivated the earth and climbed the ivory tower—underscore the diversity of the American farm as a wellspring of learning. Their plainspoken commentaries on modern farming, teaching, and living will remind older generations of time-honored, agrarian values and provide a new generation with a literate, critical account of shifting national priorities.


Zachary Michael Jack was raised on the Iowa farm his family settled in the early 1860s. The recipient of the Prentice Hall Prize for Poetry and the founding director of the Iowa School of Lost Arts for children, he has been a writer in residence at New York's Blue Mountain Center, Mexico's Great River Arts Institute, and Ireland's Tyrone Guthrie Centre. Currently Jack is an assistant professor of English at North Central College in Naperville, Illinois.

"Black Earth and Ivory Tower not only depicts accurately the peculiar attitude toward farming shared by those of us who have had one foot on the farm and one in the university, but it also speaks volumes for all farmers. The essays are excellent in their grasp of the realities of the contemporary agrarian experience and in their poignancy about the bittersweet passing of an American way of life."—Gene Logsdon, author of All Flesh Is Grass: The Pleasures and Promises of Pasture Farming

"Zachary Jack has brought together a splendid collection of writers who explore the seam between farm and college, between rural and urban life, between the black earth of the working class meeting the ivory horizon of higher education. I enjoyed reading this thought-provoking book on the back porch of my small house on my acreage, watching the sheep graze in the pasture. I will equally enjoy using it in the classroom, stimulating my students to contemplate where they have been, what they have given up, what they have gained, and where they will land in the future."—Mary Swander, author of The Desert Pilgrim: En Route to Mysticism and Miracles

"Stunning in scope yet comfortable as a letter from home, Black Earth and Ivory Tower speaks through a remarkable chorus of voices that touch on the cross currents of American rural culture in surprising ways. Even the most knowledgeable reader will learn from this thought-provoking and sensitive book."—Robert Hays, editor of Early Stories From the Land