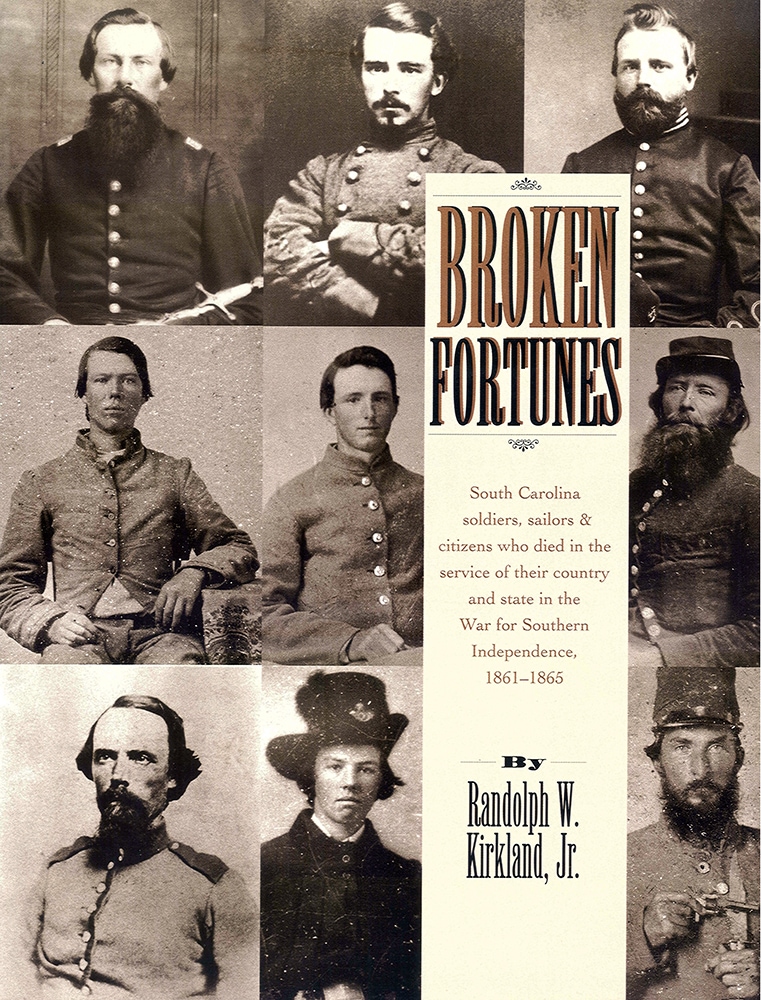 South Carolina Soldiers, Sailors, and Citizens Who Died in the Service of Their Country and State in the War for Southern Independence, 1861-1865

First published in 1995 by the South Carolina Historical Society, Broken Fortunes was the first of two landmark Civil War research projects carried out by Randolph W. Kirkland, Jr. Highly prized by collectors and historians, both of Kirkland's monumental projects have now been restored to print as Civil War Sesquicentennial Editions by the University of South Carolina Press.

Representing more than a decade of research, Kirkland's Broken Fortunes compiles the records of some 18,666 soldiers, sailors and other South Carolina citizens who gave their lives to the Confederate States of America and to the state of South Carolina. Included in these records are the individuals' names, ages, ranks, units, home districts, places and causes of death, and more.

The information here compiled offers invaluable data for Civil War researchers and enthusiasts, genealogists, local historians, and others. It is the most complete record ever published of South Carolinians who died in service to the Confederacy.