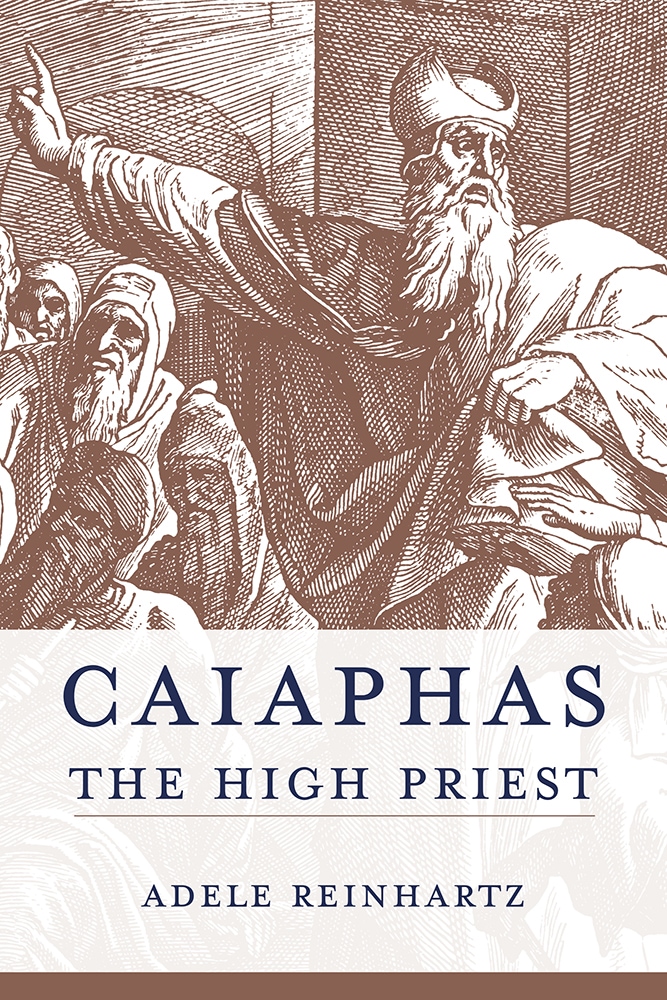 As the Roman-appointed high priest who had a hand in orchestrating Jesus's Crucifixion, Caiaphas secured his place in infamy alongside Pontius Pilate. But without Caiaphas's actions Christianity would not exist as it does. And so his place in biblical and historical narratives of Jesus warrants understanding. Viewing Caiaphas as more than just a one-dimensional villain, Adele Reinhartz offers a thorough reconsideration of representations of Caiaphas in the Gospels and other ancient texts as well as in subsequent visual arts, literature, film, and drama. The portrait that emerges challenges long-held beliefs about this New Testament figure by examining the background of the high priesthood and exploring the relationships among the high priest, the Roman leadership, and the Jewish population. Reinhartz does not seek to exonerate Caiaphas from culpability in the Crucifixion, but she does expand our understanding of Caiaphas's complex religious and political roles in biblical literature and his culturally loaded depictions in ongoing Jewish-Christian dialogue.

Traditionally Caiaphas has been viewed as the dramatic foil to Jesus, representing the corrupting influences of greed and power. This, coupled with the exaggerated Jewish features often attributed to him in depictions from the Middle Ages to modern times, has made Caiaphas frequent fodder for anti-Semitism. By clarifying the role of the high priest in Second Temple Judaism and by explicating the historical evidence on Caiaphis as the longest serving high priest of post-Herodian Judea, Reinhartz offers a more balanced assessment of his motives and role in the death of Jesus. This insightful reevaluation of Caiaphas also allows for a new appreciation of the challenge Jesus posed to the high priest's authority under Roman rule, and thus Reinhartz's work advances our understanding of both Caiaphas and Jesus as biblical and historical figures.

Adele Reinhartz is a professor of religious studies at the University of Ottawa. Her books include Why Ask My Name? Anonymity and Identity in Biblical Narrative, Befriending the Beloved Disciple: A Jewish Reading of the Gospel of John, Scripture on the Silver Screen, and Jesus of Hollywood.

"With this book Adele Reinhartz takes us on a remarkable journey in search of Caiaphas, the Jewish high priest at the time of Jesus. The journey takes us not only to the pages of the New Testament, ancient Jewish writings, and historical studies, but also to modern plays, novels, movies, and ultimately to the Passion Play at Oberammergau. She demonstrates that wherever Caiaphas appears, in scholarly works or in popular films, anti-Semitism is not far behind. Based on solid scholarship, this fascinating and engrossing book is accessible for a wide audience."—Joseph B. Tyson, Professor emeritus of Religious Studies, Southern Methodist University