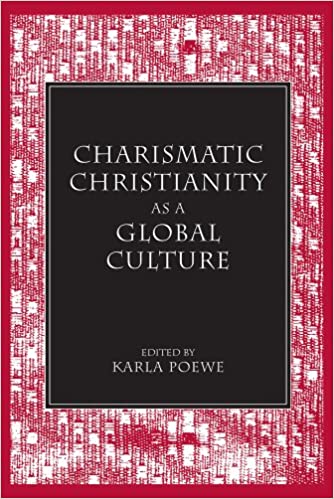 Charismatic Christianity as a Global Culture

The charismatic movement that began in the first century currently spans the globe. The term "charismatic" refers to the "gifts of the Holy Spirit"—speaking in tongues, healing, prophecy, and discernment—said to be available to Christians who have surrendered their lives to Christ. Charismatic Christianity as a Global Culture takes readers on a journey to discover the history of the movement and the reasons why more and more Christians are finding the charismatic experience so meaningful.

Leading scholars in the fields of religion and anthropology discuss the thought patterns and religious traditions of charismatics throughout the world. By examining believers throughout the Americas, Africa, Asia, and Europe, the contributors provide a comprehensive overview of a charismatic tapestry that appears to transcend national, ethnic, racial, and class boundaries.

In her introduction, Karla Poewe describes how believers attempt to integrate mind, body, and spirit, thereby providing for a more holistic religious experience. Poewe points out that charismatic Christianity and Pentecostalism have suffered from academic biases in the past; this book is one of the first to place the charismatic experience in an academic framework.


Karla Poewe is professor of anthropology at the University of Calgary in Alberta, Canada, and author of several books dealing with religion, gender, and economics.

"[A] far-reaching, innovative, interdisciplinary collection providing global treatment of a topic usually covered from a regional or countrywide perspective."—Stephen D. Glazier, author of Perspectives on Pentacostalism: Case Studies from the Caribbean and Latin America

"A fascinating look at a worldwide phenomenon that has been all too easy to compartmentalize or ignore. Those who want an introduction to the literature on charismaticism, or who simply wish to distinguish it from pentecostalism and fundamentalism, will find this a very useful book."—David Stoll, author of Is Latin America Turning Protestant?