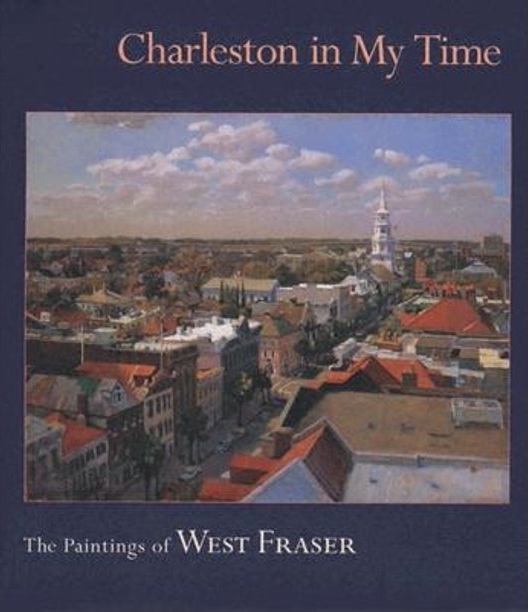 Charleston in My Time

The Paintings of West Fraser

The first book of its kind dedicated to the work of this plein air impressionist, Charleston in My Time: The Paintings of West Fraser celebrates the passion and independence West Fraser exhibits in his work, his amazing eye for natural light and landscapes, and his love of Charleston and the lowcountry. More than two hundred beautifully reproduced color plates showcase Fraser's paintings of city landmarks, lowcountry scenes, and glimpses of life along streets and lanes, marshes and rivers. And though the paintings speak for themselves, two introductory essays written by a friend and collector, Ted Phillips, and art historian Angela Mack complement the images with additional perspectives on the life of the artist. Phillips, who watched and listened over the years as Fraser perfected his artistic vision, introduces readers to the artist on personal and philosophical levels. Mack's scholarly essay presents Fraser's work "in a context of time, place, and personality," comparing and contrasting it with the Charleston Renaissance artists who came before him and others in the American landscape tradition. Both the personal and the professional views of Fraser, as along with his own words of excitement and gratitude as he explains his work, invite readers to turn each page with awe and step into the life of a beautiful city.

West Fraser was born in Savannah, Georgia, but was raised mainly in South Carolina, on Hilton Head Island. After graduating in 1979 from the University of Georgia with a bachelor of fine arts degree, Fraser spent time in Pennsylvania and New England, building a national reputation as a maritime painter. He returned to Charleston in 1984 and lives there now with his wife, Amy, and their four daughters.