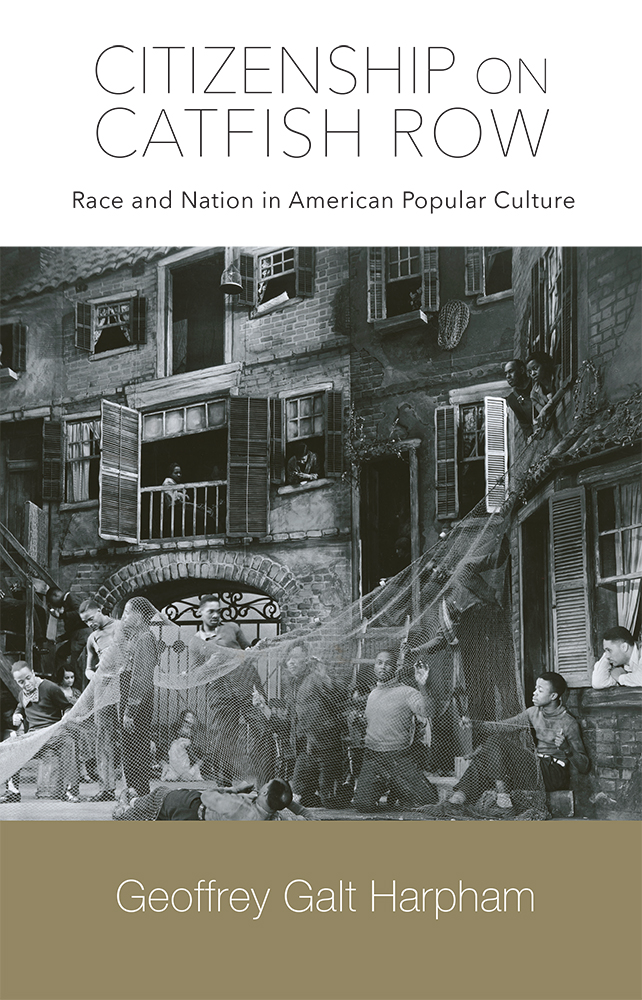 Citizenship on Catfish Row focuses on three seminal works in the history of American culture: the first full-length narrative film, D. W. Griffith's The Birth of a Nation; the first integrated musical, Oscar Hammerstein and Jerome Kern's Showboat; and the first great American opera, George Gershwin's Porgy and Bess. Each of these works sought to make a statement about American identity in the form of a narrative, and each included in that narrative a prominent role for Black people.

Each work included jarring or discordant elements that pointed to a deeper tension between the kind of stories Americans wish to tell about themselves and the historical and social reality of race. Although all three have been widely criticized, their efforts to connect the concepts of nation and race are not only instructive about the history of the American imagination but also provide unexpected resources for contemporary reflection.


Geoffrey Galt Harpham is the author of numerous books, including What Do You Think, Mr. Ramirez? The American Revolution in Education and Scholarship and Freedom. He was president and director of the National Humanities Center from 2003–2015.

"Beneath the evasions, cliches, and biases of popular entertainment, there is often a deeper truth. Geoffrey Harpham teaches us that this is so even when the subject is race in America. In this bold but patient, considered, and non-confrontational book, he gives us a better way to talk about works that were once celebrated but that can seem radioactive today."—Louis Menand, author of The Free World: Art and Thought in the Cold War

"Separate but equal? Nations are not born but made, and artistic action plays its part. Geoffrey Harpham's penetrating analysis of three icons of the silver screen and musical stage shows their grappling with race and identity to define an American future still being shaped by pernicious cultural memory."—Tim Carter, David G. Frey Distinguished Professor Emeritus of Music, University of North Carolina at Chapel Hill