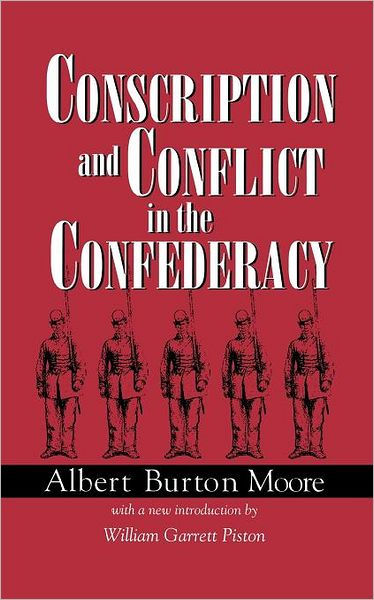 Conscription and Conflict in the Confederacy

The groundbreaking study of the Confederate draft

In a book that has served as a standard source for more than three generations of Civil War scholars, Albert Burton Moore uses conscription to illustrate a central paradox of the Confederacy—in order to protect its commitment to states rights, the Confederacy was forced to adopt tactics of centralized government. He examines the system's daily operations, troublesome substitution and exemption procedures, and ultimate collapse. Although he credits Confederate conscription with a high degree of success, he blames it for causing dissension between state and national officials and for creating bureaucratic problems of colossal proportions.

William Garrett Piston's introduction places the volume in its historical context and underscores one of its most remarkable aspects—Moore's admission that a large number of Southerners did not support the Confederacy.

William Garrett Piston is associate professor of history at Southwest Missouri State University in Springfield, where he teaches courses in Civil War and military history. The author of Lee's Tarnished Lieutenant: James Longstreet and His Place in Southern History, Piston is currently working on a history of the Civil War battle of Wilson's Creek.