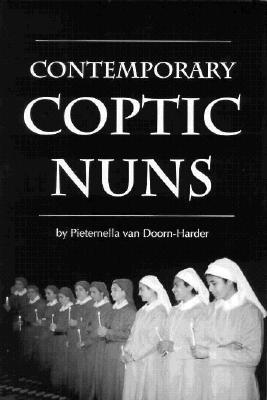 A rare and engaging encounter with Egyptian cloistresses

Contemporary Coptic Nuns reveals a world rarely seen by outsiders—the world of nuns who worship and serve as part of the largest community of indigenous Christians in the Middle East. One of the few people unaffiliated with the Egyptian Coptic Orthodox Church to observe these women, Pieternella van Doorn-Harder offers a compelling portrait of the nuns who devote their lives to this conservative faith.

Van Doorn-Harder traces the current vitality of the Coptic monastic tradition to a church-wide renaissance of the mid twentieth-century. She credits Coptic mother superiors with harnessing the revival's energy to usher in an era of expanded opportunity for Egyptian Christian women. At that time they transformed convents into centers of Coptic faith and culture and began providing pastoral, educational, and medicinal services to the community.

In depicting the nuns' daily lives, van Doorn-Harder describes their work, their role in the Coptic resurgence, their influence on the Coptic laity, and their position in the larger Islamic society. In presenting their spiritual lives, she attests to the vigor of their prayer, fasting, and devotions as well as to their spiritual gifts, which include clairvoyance, intercession, and healing.


Pieternella van Doorn-Harder teaches Islamic studies and Arabic at Duta Wacana University in Yogyakarta, Indonesia. From 1986 through 1991, van Doorn-Harder served as director of an ecumenical refugee project in Cairo, Egypt—a position that enabled her to explore the world of religious Christian women in Egypt.