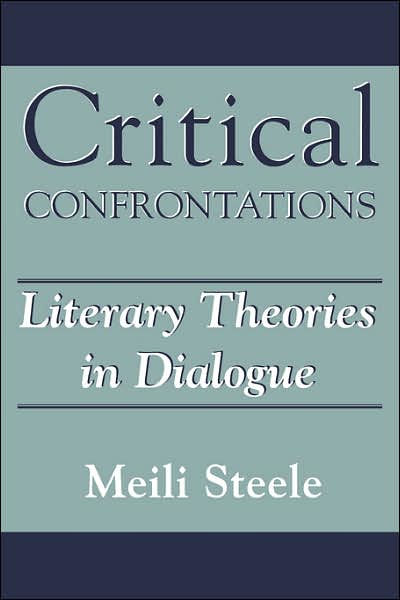 Critical Confrontations extends beyond the encyclopedia-like treatment found in most introductory volumes to broaden the interpretive landscape of critical theory and increase its usefulness. Contending that the dominant paradigms of contemporary critical theory eclipse rather than enable the analysis of gender, race, and difference that lies at the heart of today's cultural reflection, Meili Steele marshals the resources needed to draw tradition-based views of language and anti-humanistic theories from their abstract frameworks into the more tangible field of cultural studies.

Beginning with the debate between New Criticism and historical intentionalism, Steele charts a course through hermeneutics, dialogue, explanation, interpretation, poststructuralism, feminism, democracy, and the antinomies of exile and rootedness. He pairs comparable theorists and reviews the interpretive lenses they employ, highlighting the strengths and weaknesses of each theorist and text. Weaving a progressive narrative in which each chapter builds upon the preceding, Steele enables the reader to work through a developing dialogue rather than a list of theories. He also illumines the ways in which seemingly disparate theories can interact to address the questions that face teachers and students of literature, cultural studies, and philosophy.


Meili Steele teaches English and comparative literature at the University of South Carolina. In addition to publishing in journals of critical theory, philosophy, and literature, he has written two books, Realism and the Drama of Reference and Theorizing Textual Subjects.

"An illuminating and cogent re-thinking of critical theory .By an elegant and inclusive logic, [Steele] recasts tradition, the villain in many contemporary cultural scenarios, as the heroic defender and restorer of democratic ideals."—Carol L. Bernstein, Bryn Mawr College