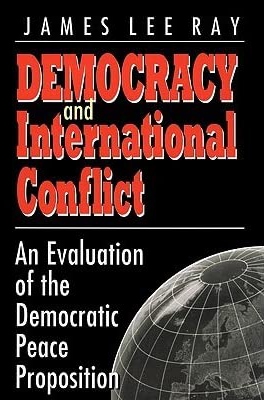 An Evaluation of the Democratic Peace Proposition

In Democracy and International Conflict, James Lee Ray defends the idea, so optimistically advanced by diplomats in the wake of the Soviet Union's demise and so hotly debated by international relations scholars, that democratic states do not initiate war against one another and therefore offer an avenue to universal peace. Ray acknowledges that despite persuasive theoretical arguments and empirical evidence in favor of this idea, the democratic peace proposition is susceptible to attack on three points: the statistical rarity of both international wars and democracies; the difficulty in defining democracy; and the vulnerability of democratic regimes. To confront these criticisms, Ray offers a systematic analysis of regime transitions and a workable definition of democracy as well as careful scrutiny of cases in which democracies averted international conflict.

James Lee Ray is a professor of political science at Vanderbilt University. He previously taught at Florida State University, where he directed the International Affairs and the Peace Studies.

"This book represents a significant contribution to the growing literature on the democratic peace proposition."—Political Science Quarterly

"Given its widespread appeal and dramatic implications, a thorough, readable evaluation of the democratic peace proposition is of great value. Ray's work provides such an evaluation, extending current research in a way that is useful to the scholar, instructive to the practitioner, and accessible to the nonspecialist."—The Annals of the American Academy of Political and Social Science

"Ray provides us with a landmark statement on the democratic peace that will demand close attention from the proposition's proponents and opponents alike. . . . This is a book with something of genuine value for anyone seriously interested in democracy or international conflict and should be essential reading for those conversant in the contemporary debate over the democratic peace."—American Political Science Review