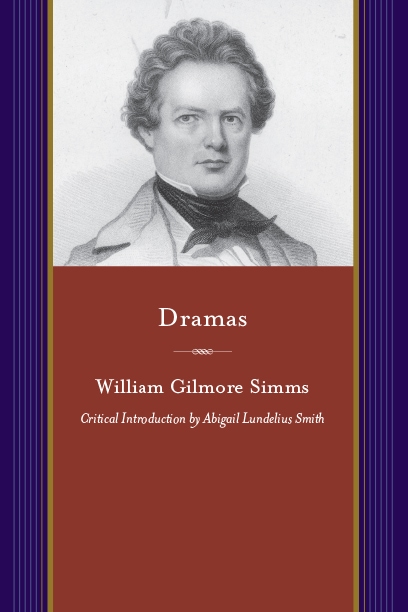 William Gilmore Simms's Norman Maurice was a lofty experiment, mixing contemporary politics with common language presented in the format of the Elizabethan tragedy. Written in strict blank verse, Norman Maurice is a play in which the Constitutional and slavery questions that continued to persist after the Missouri Compromise and Nullification Crisis are discussed in detail. Yet, the blank verse Simms used was not poetic, Shakespearean language; rather, Simms presented mid-nineteenth century American vernacular in blank verse. In presenting the political, philosophical, and moral questions of the day as essentially tragic, Simms created a powerful and moving play.

One of the other dramas in this collection, Michael Bonham, is based on James Butler Bonham, a South Carolina native and lieutenant in the Texas Calvary, who died in the battle of the Alamo on March 6, 1836. The final titular drama, Benedict Arnold, is one of Simms's more obscure works. Through this text, Simms experimented with literary aesthetics — combining drama and essay, which are two genres generally considered to be disparate. Its sophisticated intellectual exploration of the ramifications of history make it worthy of serious critical attention.