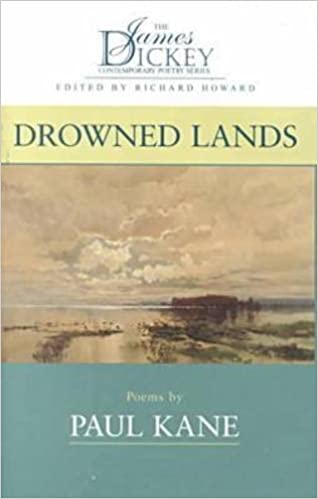 Advancing from his first volume, The Farther Shore, which explored instances of discovery and rites of passage, Paul Kane's new collection of poems, Drowned Lands, describes a world flooded with memory and apprehension. This is poetry drawn from the everyday, even as it seeks the high ground of inspiration and eloquence. The result is a book of diverse forms and various subjects: there are meditative lyrics, as in "Time Was"; lively encounters, "An Old Flame in Savonarola's Cell"; poignant narratives, "In the Penal Colony"; satiric verses, "After Martial"; and visionary utterances, "The Repentant Magdalen." At times, a historical imagination is at work, taking us back to Coptic Egypt, Renaissance Italy, or colonial America. Kane's poems range widely, from European cities to the Australian bush, from metropolitan New York to the deserts of the American Southwest. But whatever their locale, these poems distill experience into crucial moments of knowing, when we come alive to the facts of our existence as revealed in the alterations between solitude and love, grief and joy, incapacity and insight.

Kane takes his title from the corner of southern New York, where he lives. Originally inundated, this area—known as the Drowned Lands—was drained by early settlers and turned into rich black-dirt farms. Analogously, Kane reclaims what is often submerged in our lives and gives us poems that are rich in image and sound, and fertile in their exfoliating implications.

Paul Kane was born in the village of Cobleskill, in upstate New York. He received graduate degrees from Yale University and the University of Melbourne, Australia, where he was a Fulbright scholar. Kane has published a previous collection of poems, The Farther Shore; an edition of Emerson's collected poems; an anthology of nineteenth-century American poetry; a critical study of Australian poetry; and in collaboration with the photographer William Clift, A Hudson Landscape. A recipient of the National Endowment for the Humanities and John Simon Guggenheim Memorial Foundation fellowships, Kane is the poetry editor for Antipodes, and a professor of English at Vassar College. He lives with his wife, Tina, in Warwick, New York.