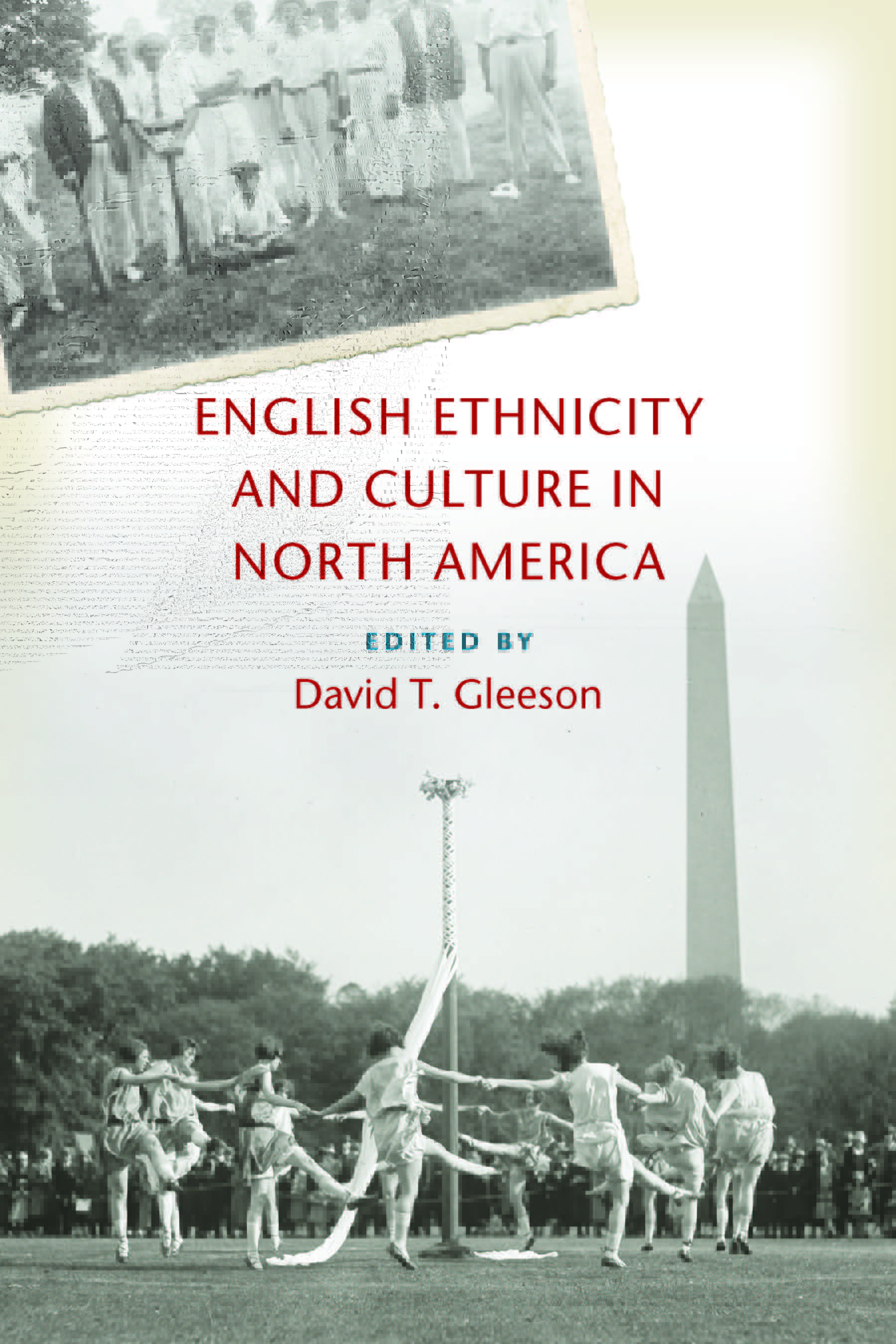 Ten scholars examine English identity, what makes it distinct, and its role in shaping American culture

To many, English immigrants contributed nothing substantial to the varied palette of ethnicity in North America. While there is wide recognition of German American, French American, African American, and Native American cultures, discussion of English Americans as a distinct ethnic group is rare. Yet the historians writing in English Ethnicity and Culture in North America show that the English were clearly immigrants too in a strange land, adding their own hues to the American and Canadian characters.

In this collection, editor David T. Gleeson and other contributors explore some of the continued links between England, its people, and its culture with North America in the nineteenth and twentieth centuries. These essays challenge the established view of the English having no "ethnicity," highlighting the vibrancy of the English and their culture in North America. The selections also challenge the prevailing notion of the English as "invisible immigrants." Recognizing the English as a distinct ethnic group, similar to the Irish, Scots, and Germans, also has implications for understanding American identity by providing a clearer picture of how Americans often have defined themselves in the context of Old World cultural traditions.

Several contributors to English Ethnicity and Culture in North America track the English in North America from Episcopal pulpits to cricket fields and dance floors. For example Donald M. MacRaild and Tanja Bueltmann explore the role of St. George societies before and after the American Revolution in asserting a separate English identity across class boundaries. In addition Kathryn Lamontagne looks at English ethnicity in the working-class culture and labor union activities of workers in Fall River, Massachusetts. Ultimately all the work included here challenges the idea of a coherent, comfortable Anglo-cultural mainstream and indicates the fluid and adaptable nature of what it meant and means to be English in North America.


David T. Gleeson is a professor of American history at Northumbria University in Newcastle upon Tyne, England, and a former director of the College of Charleston's Carolina Lowcountry and Atlantic World program. He is the editor of The Irish in the Atlantic World, the coeditor of The Civil War as Global Conflict: Transnational Meanings of the American Civil War and Ambiguous Anniversary: The Bicentennial of the International Slave Trade Bans, and the author of The Green and the Gray: The Irish in the Confederate States of America.

"This is an important and highly original contribution to a body of scholarly writing broadly lumped under the rubric of 'diaspora studies.' Its discussion of what David Gleeson and his colleagues label, justifiably, the 'hidden' diaspora - namely the English who have settled outside of the UK - is both fascinating and long-overdue."—David G. Haglund, Queen's University

"This collection of essays, an important contribution to American ethnic history, rescues the English from invisibility. Although often conflated with Britishness, Englishness in North America was constructed as a distinct, if hybrid, ethnic identity, mediated through a variety of characteristic migrant cultural practices examined here with due historical rigour."—John Belchem, emeritus professor of history, University of Liverpool

"Long considered 'invisible immigrants' who assimilated simply and easily into North American society, the English emerge from this fine collection of chapters as an altogether more complex ethnic group with a dynamic cultural identity that responded vigorously to the new and diverse conditions encountered in Canada and the United States. This is a major contribution to our understanding of emigration and culture in the Anglophone world."—Philip Payton, professor of history, Flinders University, Australia

"This vivid and original collection of essays overturns the widely accepted view that the English, alone among immigrants from Europe, failed to develop an ethnic culture in North America. Through wide-ranging research on migrant networks, labor and religious organizations, dance, folk customs, and sport, the authors uncover an important and previously neglected contribution to the mosaic of immigrant life."—Kevin Kenny, author of Diaspora: A Very Short Introduction

"This collection makes a significant contribution to scholarship on English ethnicity and culture in the United States."—the Journal of British Studies