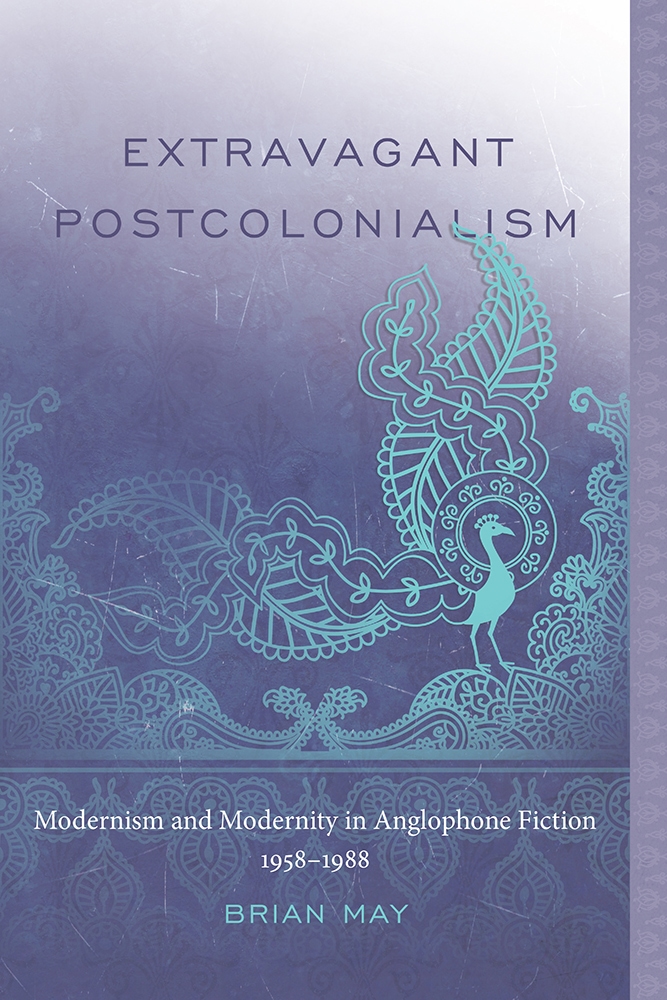 Modernism and Modernity in Anglophone Fiction, 1958–1988

Brian T. May argues that, contrary to widely held assumptions of postcolonial literary criticism, a distinctive subset of postcolonial novels significantly values and scrupulously explores a healthy individuality. These "extravagant" postcolonial works focus less on collective social reality than on the intimate subjectivity of their characters. Their authors, most of whom received some portion of a canonical western education, do not subordinate the ambitions of their fiction to explicit political causes so much as create a cosmopolitan rhetorical focus suitable to their western-educated, western-trained, audiences.

May pursues this argument by scrutinizing novels composed during the thirty-year postindependence, postcolonial era of Anglophone fiction, a period that began with the Nigerian Chinua Achebe's Things Fall Apart and that ended, many would say, with the Ayatollah Khomeini's 1989 publication of the Rushdie Fatwa. May contends that the postcolonial authors under consideration—Naipaul, Rushdie, Achebe, Rhys, Gordimer, and Coetzee—inherited modernism and refashioned it. His account of their work demonstrates how it reflects and transfigures modernists such as Conrad, Eliot, Yeats, Proust, Joyce, and Beckett. Tracing the influence of humanistic values and charting the ethical and aesthetic significance of individualism, May demonstrates that these works of "extravagant postcolonialism" represent less a departure from than a continuation and evolution of modernism.

Brian T. May, an associate professor of English at Northern Illinois University, has published on Edwardian, modernist, and postcolonial literature in such journals as ELH, Modern Fiction Studies, Modernism/Modernity, Twentieth Century Literature, and Contemporary Literature. The editor of a special issue of Studies in the Novel entitled "Postcolonialism, History, and the Novel," May is also the author of The Modernist as Pragmatist: E. M. Forster and the Fate of Liberalism.

"Brian May has written a paradigm-shifting book, one that attempts to move postcolonial criticism beyond the discourse of political and historical grievance. Insisting on the aesthetic distinctiveness and intellectual individuality of the writers he treats, May's interpretations of Achebe, Rhys, Naipaul, Gordimer and Coetzee are fresh, innovative and memorable. This is study of signal importance."—Richard Begam, professor of English, University of Wisconsin-Madison and editor of Modernism and Colonialism: British and Irish Literature, 1899-1939

"Urbane and tetchy, sympathetic and maddening, Extravagant Postcolonialism unsettles prevailing views of key postcolonial fictions by spotlighting the eccentric individualities these texts harbor. Even readers whose critical commitments are far distant from May's will find abundant matter for reflection in his explorations of autonomy, curiosity, physicality, and transcendence in the postcolonial frame."—Douglas Mao, Johns Hopkins University