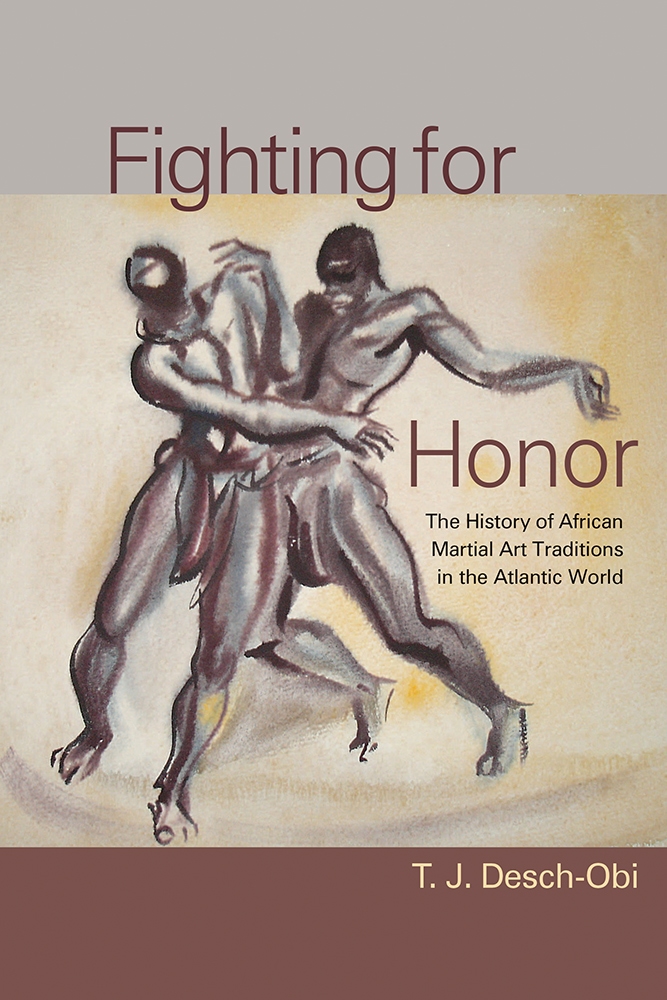 The History of African Martial Arts in the Atlantic World

The presence of African influence and tradition in the Americas has long been recognized in art, music, language, agriculture, and religion. T. J. Desch-Obi explores another cultural continuity that is as old as eighteenth-century slave settlements in South America and as contemporary as hip-hop culture. In this thorough survey of the history of African martial arts techniques, Desch-Obi maps the translation of numerous physical combat techniques across three continents and several centuries to illustrate how these practices evolved over time and are still recognizable in American culture today. Some of these art traditions were part of African military training while others were for self-defense and spiritual discipline.

Grounded in historical and cultural anthropological methodologies, Desch-Obi's investigation traces the influence of well-delineated African traditions on long-observed but misunderstood African and African American cultural activities in North America, Brazil, and the Caribbean. He links the Brazilian martial art capoeira to reports of slave activities recorded in colonial and antebellum North America. Likewise Desch-Obi connects images of the kalenda African stick-fighting techniques to the Haitian Revolution. Throughout the study Desch-Obi examines the ties between physical mastery of these arts and changing perceptions of honor.

Including forty-five illustrations, this rich history of the arrival and dissemination of African martial arts in the Atlantic world offers a new vantage for furthering our understanding of the powerful influence of enslaved populations on our collective social history.

"In Fighting for Honor, T. J. Desch-Obi has skillfully crafted the first survey of African American fighting styles that is both extensive in its discussion of the origins of African combat techniques and comprehensive in its study of how these techniques manifested in the Americas. This straightforward and engaging work reflects great depth of research in published and unpublished sources as well as interviews in the field. The result is an important contribution to African American history and a new step in the study of the transmission of African culture to the New World."—John K. Thornton, professor of African American studies, Boston University, and author of Warfare in Atlantic Africa, 1500–1800