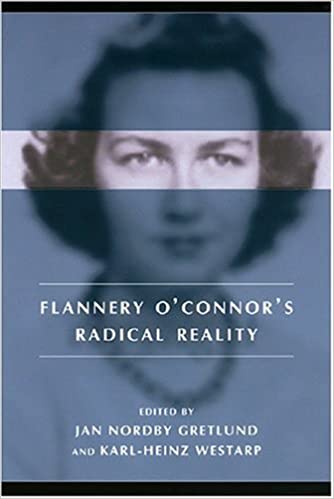 Flannery O'Connor's Radical Reality brings together essays by a number of distinguished O'Connor scholars, four of whom were the writer's friends, to assess the impact of the midcentury political, religious, and social milieu on novels and short stories that consistently attract interpretive attention and are rediscovered by new generations of readers.

Relating O'Connor not only to the issues of her day but also to manifest concerns of the early twenty-first century, the contributors illumine new horizons of her relevance. The essays characterize her understanding of reality as radical in that O'Connor wanted us to recognize the true roots of existence.

The contributors address the sources of O'Connor's concern with existential uncertainty and fear, relating it to the stark political light of the 1950s and 1960s; the church history and theology in which she immersed herself; the satiric eye she cast on humankind, on herself, and on her time; and such social issues as radical inequality that she could not escape despite her preoccupation with the eternal.

In addition to offering a range of observations, the contributors mark the current terrain of scholarship on the wry Georgian writer and open new avenues for future explorations in O'Connor's work.


Jan Nordby Gretlund is a senior lecturer in American literature at the Center for American Studies, University of Southern Denmark. The author of Eudora Welty's Aesthetics of Place and Frames of Southern Mind: Reflections on the Stoic, Bi-racial, and Existential South, he is the editor of Madison Jones' Garden of Innocence, and, with Tony Badger and Walter Edgar, Southern Landscapes.

Karl-Heinz Westarp served as chair of the Department of English at the University of Aarhus in Denmark for more than ten years. Westarp is the author of Flannery O'Connor: The Growing Craft and Precision and Depth in Flannery O'Connor's Short Stories. With Gretlund he is coeditor of Walker Percy: Novelist and Philosopher; The Late Novels of Eudora Welty, and Realist of Distances: Flannery O'Connor Revisited.

"Brevets to Jan Nordby Gretlund and Karl-Heinz Westarp who have once again discerned and eliminated a weak spot in southern literary scholarship, this time in the Flannery O'Connor sector. Stemming from a superb group of scholars, the essays published here do not gloss over the sordidness endemic to O'Connor's fictional world; rather they examine its citizens, who have made their world sordid by denying that it has its roots in God's creation."—Lewis A. Lawson, University of Maryland

"Flannery O'Connor's Radical Reality extends the boundaries of O'Connor criticism, especially by deepening our understanding of the theological and philosophical foundations of her thought and art."—John F. Desmond, Whitman College

"Fourteen contributors expand the field of O'Connor scholarship to consider not only the cultural, political, and religious contexts surrounding the author in the midcentury South but also to animate her work for the concerns of the twenty-first century. Essays put O'Connor's work in conversation with such varied events as the World Wars, the Cold War, and French Catholic Resistance and with such figures as Thomas Merton, Truman Capote, and German thinkers from the interwar era."—American Literature

"This outstanding group of O'Connor scholars has captured the essence of the juxtaposition of good and evil that were characteristic of Flannery O'Connor's writing. . . . No O'Connor collection is complete without this excellent work"—Georgia Library Quarterly