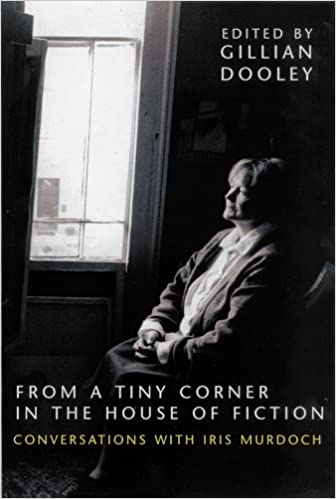 From a Tiny Corner in the House of Fiction

From a Tiny Corner in the House of Fiction gathers into a single volume twenty-three interviews with the British novelist and philosopher Dame Iris Murdoch (1919-1999) by some of the last half-century's foremost critics, academics, and journalists. Distinguished interviewers—including the renowned scholar Sir Frank Kermode, the theater critic Harold Hobson, and the writer and broadcaster Jonathan Miller—talk with Murdoch about her life, work, and philosophy. The resulting conversations offer access to Murdoch's beliefs on a wide range of topics and on her techniques and intentions as a writer. The interviews collectively trace an evolution in Murdoch's convictions, particularly on the subjects of religion and politics.

Murdoch shares details of both her created and lived worlds, talking frankly about the difficulties facing a novelist writing in the second half of the twentieth century. She speaks at length about many of her novels and characters, explaining their philosophical and ethical foundations and clarifying points that have puzzled readers. Especially interesting are her views on such subjects as politics and freedom, women's education, the good life, and the possibilities for spiritual life after the demise of organized religions.

Gillian Dooley introduces the collection with an analysis of Murdoch's work, looking closely at her method of composition and development of character and situation. Dooley also provides background information for each of the interviews, along with a thorough index.


Gillian Dooley is a librarian and literary critic living in Adelaide, South Australia. Her doctoral work centered on the novels of Iris Murdoch, Doris Lessing, and V. S. Naipaul. Dooley publishes regularly in Australian and other literary magazines.

"This book is welcomed by those of us who are Murdoch fans."—Virginia Quarterly Review

"At last a book about Iris Murdoch that directs attention where it should be: her novels."—The Age (Melbourne)

"An excellent collection . . . A significant contribution to the Murdoch canon; one that strengthens Murdoch's enduring voice."—Australian Book Review